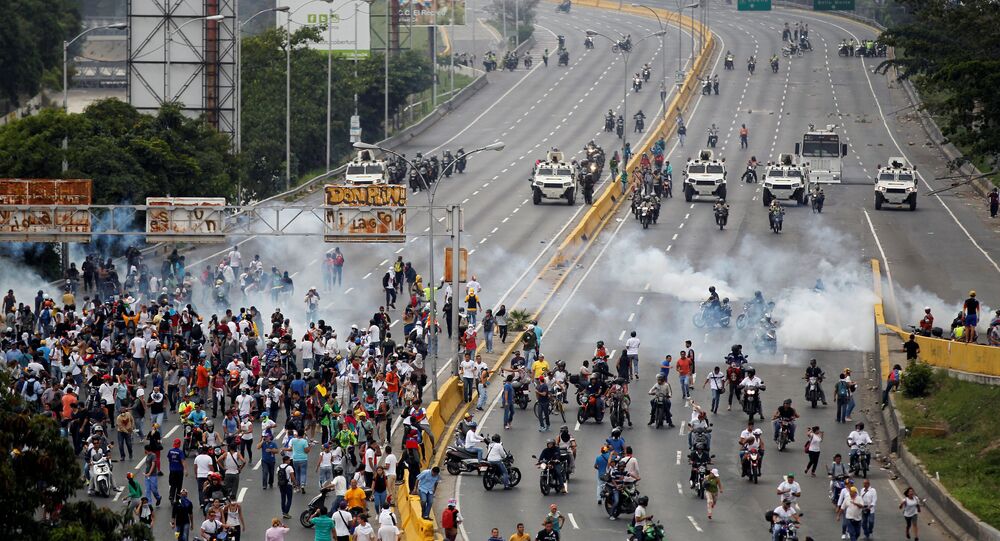 The State Department said that the United States ordered family members of government personnel to depart the US Embassy in Caracas, Venezuela amid ongoing social unrest.

WASHINGTON (Sputnik) — The United States ordered family members of government personnel to depart the US Embassy in Caracas, Venezuela amid ongoing social unrest, the State Department said in a travel alert.

"This travel warning also informs U.S. citizens that on July 27, the Department ordered the departure of family members and authorized the voluntary departure of U.S. government employees from the U.S. Embassy in Caracas," the alert stated on Thursday.

The alert also warned US citizens against travel to Venezuela due to social unrest, violent crime, and pervasive food and medicine shortages.

© REUTERS / Mike Segar
Bolivian President Concerned With Potential US Intervention in Venezuela
More than a hundred people have died in protest-related violence in Venezuela since early April. The state prosecutor confirmed Thursday that a 16-year-old teenager had succumbed to a gunshot wound he received during Wednesday’s protests in Caracas, bringing the two days’ death toll up to five.

In March, the Venezuelan Supreme Court decided to absorb the legislative power of the state’s National Assembly. While the controversial decision was immediately reversed amid backlash, supporters of the opposition-controlled parliament, who strive for the dismissal of the court's justices, took to the streets in early April.

Speaking with the RT news channel on Wednesday, Venezuelan President Nicolas Maduro said he was ready to cross the state border to protect the revolution and warned US counterpart Donald Trump against continuing his blockade of the country.