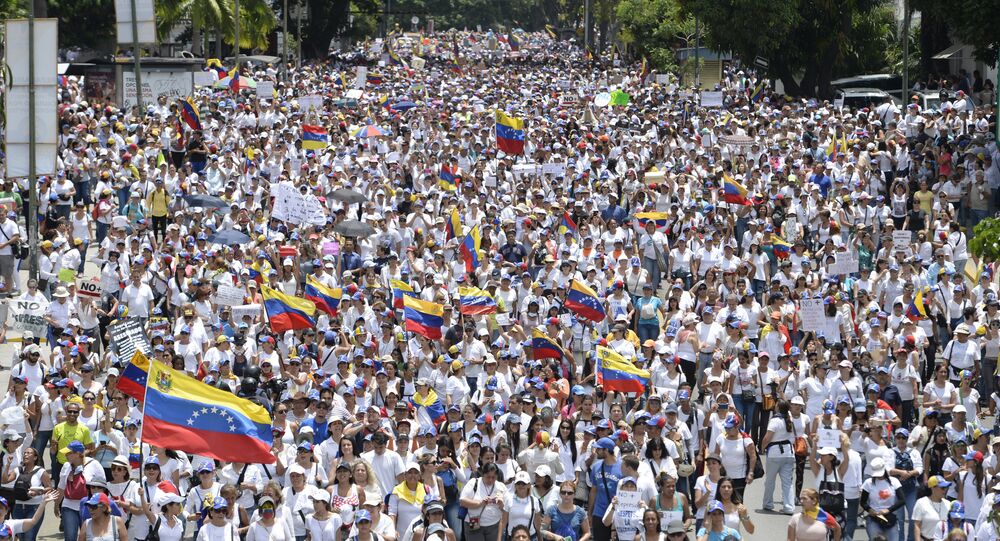 As Venezuela faces a plebiscite and a “dry run” of their July 30th Constitutional Assembly election to amend the country’s constitution, chaos reigns in the South American republic for the fourth consecutive month.

​"It was totally clear. In fact, a dry run has to be done according to law for every election," said Dominguez. "There is nothing special regarding the dry run that was run yesterday by the government, there's nothing special in the Constitutional assembly election on the 30th of July. It is mandatory, they have to do it — and they have done it for every single election.

"However, having said all of that, yesterday the number of people that turned up absolutely exceeded the national electoral council's and the government expectations… people were very enthused because they've been mobilized for about a month, several months now.

Voters, Dominguez explained, want the power to demand the Constitutional assembly address the problems Venezuela faces as a result of "economic war." They also want peace, he said. "They want to stop the violence that has been perpetrated by the opposition."

Dominguez added that "the key thing is this: the plebiscite is not in the Constitution. There is no provision for a plebiscite in the Venezuelan constitution… plebiscites are usually mechanisms that are used by dictators such as [Spanish dictator] Francisco Franco and [Chilean general] Augusto Pinochet and the like. This is not what we want, we want people to actually participate in the process. That's number one. Number two, it was illegal — they shouldn't have done it. It shows the amount of tolerance the government has in order to avoid complications with… the constitutional assembly election and dry run."

When Becker asked why the media was allegedly pushing a distortion of the events in Venezuela, Dominguez replied that the international media was "coming to the rescue" of the opposition, "to try to suggest that actually was a success for them when everybody knows it was a very significant failure."

"[The opposition] have two options now… are they going to come to the negotiation table and start a dialogue? Maduro again called them to actually come to negotiating table to engage in dialogue, to stop the violence and take the process forward. And some others you know will have to go for violence because they're a bit desperate. What do they do after this? Their plebiscite is not binding, it doesn't mean anything. They know they haven't got enough votes as they claim they did. They cannot appear to be organizing violence to stop people from voting- that will be against democracy and against a constitutional provision."