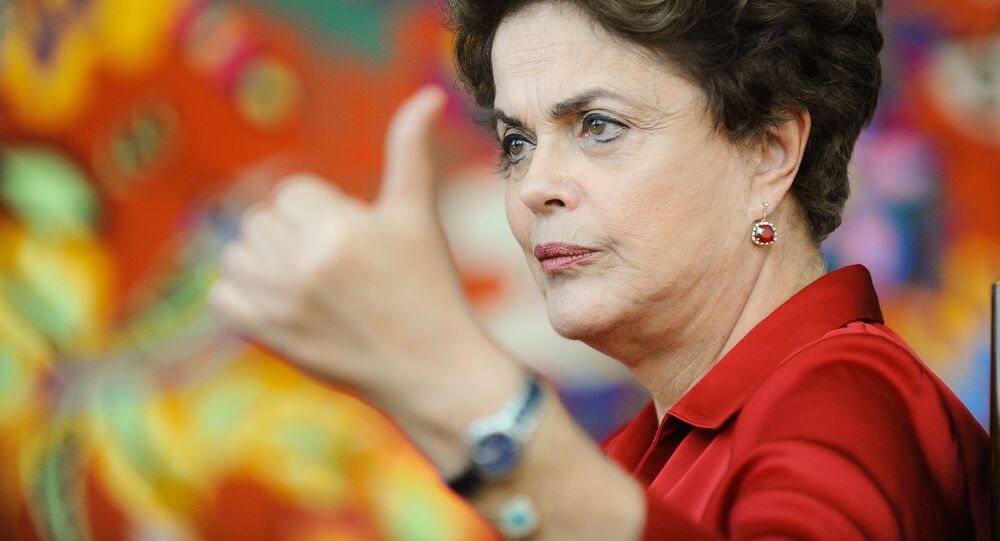 The impeached Brazilian President Dilma Rousseff said on Wednesday that former President Luiz Inacio Lula da Silva, who has been convicted of corruption, was not guilty.

© AP Photo / Lucas Jackson
Brazil's Stocks on Rise After Ex-President Lula da Silva Convicted of Corruption
MEXICO CITY (Sputnik) — Lula da Silva, who was in office between 2003 and 2010, was found guilty of receiving about $1.2 million worth of bribes from Brazilian OAS construction company, with the money spent on refurbishing a luxury three-story beach apartment in the seaside town of Guaruja. In exchange for bribes the OAS reportedly was able to get beneficial contracts from Petrobras state-controlled oil company.

"Lula is not guilty. And Brazilian people will be able to save him in a democratic way in 2018," Rousseff said on Twitter.

Lula da Silva was also banned from occupying any official positions for 19 years, which undermines his plans to run for presidency in 2018, and was fined $205,000. The former president is reportedly going to appeal to the court's decision.

In 2014, it was revealed that businesses paid more than $2 billion in bribes to sign contracts with Petrobras and obtain projects which later increased in cost. The scandal triggered a large-scale inquiry and discontent which were partly responsible for the impeachment of Rousseff who headed the company in 2003-2010.