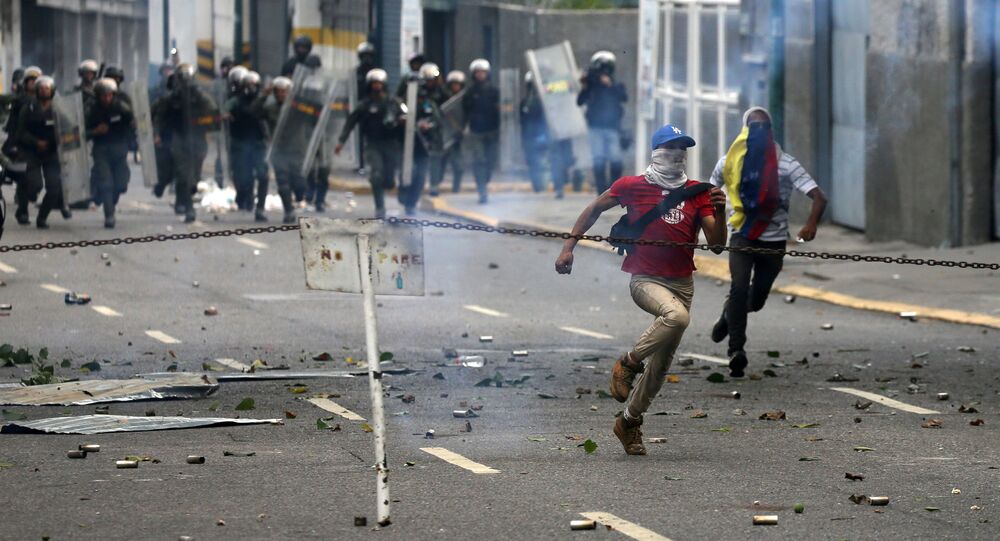 Vice President Pence: US Disappointed OAS Did Not Act on Venezuela Crisis

The United States was disappointed that the Organization of American States (OAS) did not take immediate action to address the political deterioration in Venezuela caused by President Nicolas Maduro’s regime, US Vice President Mike Pence said during a speech at the Wilson Center on Thursday.

WASHINGTON (Sputnik) — US diplomats attended the OAS general assembly in Cancun, Mexico last week to work toward finding a solution to the ongoing crisis in Venezuela, Pence added.

"We were frankly disappointed that the OAS did not act in the face of crisis and was unwilling to protect the inner American democratic charter that was founded to preserve," Pence stated. "The United States of America will continue to support international efforts to restore freedom, democracy and the rule of law to Venezuela until freedom occurs."

Protests broke out in Venezuela in early April, when the nation's Supreme Court decided to curb the legislative powers of the National Assembly, which is controlled by the opposition. Despite the almost immediate reversal of the controversial decision, supporters of the opposition took to the streets, demanding the resignation of the judges and a snap election. Over a thousand people have been hurt in protests and the death toll has already passed 70.

The Trump administration is considering to impose sanctions on Venezuela in the coming weeks as a means to pressure the Maduro regime to reestablish democracy in the country.