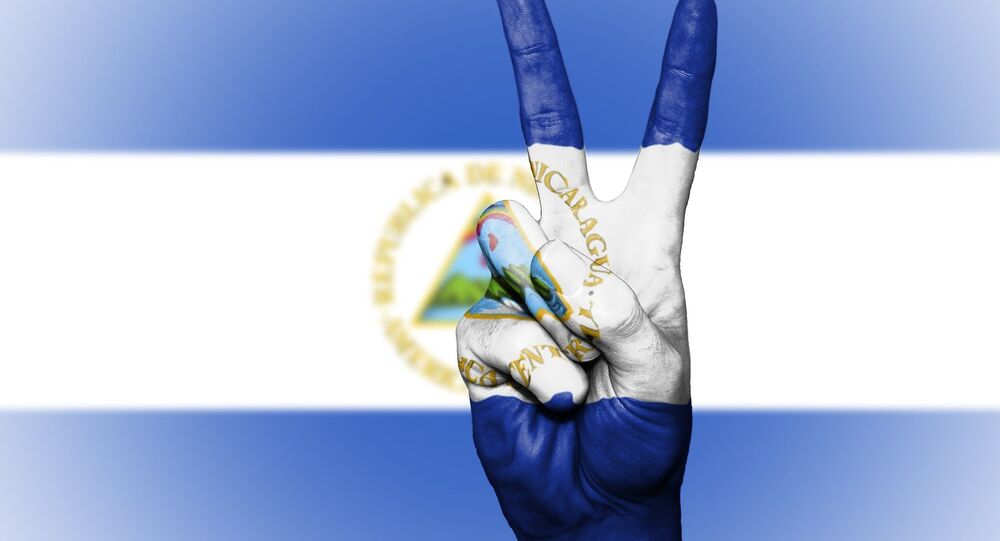 So US President Donald Trump has gone ahead and decided to quit the Paris agreement on climate change. The United States is one of only three countries around the world who have refused to agree to the deal, the others being Syria and Nicaragua. But they have very different reasons.

Syria has been slightly preoccupied with a civil war which broke out in 2011. It was simply unable to send diplomats to attend the talks in Paris in 2012.

But what about Nicaragua? Why on Earth are they opposed to a deal which would stop global warming?

Holdouts on the #ParisAccord. Nicaragua thought it didn't go far enough. Syria doesn't have a functioning government. US run by moron. pic.twitter.com/gNr0EDd0me

It turns out that the small Central American state, unlike President Trump, is actually very much in favor of tackling climate change and believes the Paris Agreement is too weak and will not work.

Here's an exhaustive list of all the countries on Earth that are NOT part of the Paris climate agreement:
1. Syria
2. Nicaragua
End of list. pic.twitter.com/VoKCyHTzkV

Helen Yuill, from the Nicaragua Solidarity Campaign in London, said much of the reporting in the past few days had been very inaccurate.

"Media reports have suggested the US was joining two renegade states in opposing the Paris Agreement but that is both inaccurate and condescending," Ms. Yuill told Sputnik.

In 2015 Nicaragua's lead envoy at the talks, Paul Oquist, gave a video interview with Climate Home about the reasons for Managua taking such a position.

"It's a not a matter of being trouble makers, it's a matter of the developing countries surviving. We don't want to be an accomplice to taking the world to three to four degrees and the death and destruction that represents. That is unacceptable. That is a threat to our agriculture, to our cattle grazing, to our fishing and our forestry," Mr. Oquist said.

He also said the Paris Agreement was based on a "failed mechanism" and he pointed out that Nicaragua and the other 99 smallest polluters in the world were responsible for only three percent of carbon emissions while the 10 biggest polluters accounted for 72 percent.

Nicaraguan Minister at #COP21: does Nicaragua feel responsible for #climatechange, w/ 0.03% of global emissions? No pic.twitter.com/ZQ5crgYaCN

It is also ranked fourth in one of the most vulnerable nations to climate change.

Nicaragua was hit by 44 extreme weather events, including floods, droughts and forest fires, between 1996 and 2015.

The Nicaragua Solidarity Campaign, in a point-by-point rebuttal of the Paris Agreement, said:

"The Paris Agreement is not enough because it does not transform, nor even inconvenience, the current model of production, consumption, finance and lifestyle, which is unsustainable."

In 1998 Nicaragua signed the Kyoto Protocol, which included real consequences for the world's major polluters, something which it says is missing from the Paris Agreement.

The left-wing Sandinista government of President Daniel Ortega has been an implacable enemy of Washington and has little or nothing in common with Trump's bombastic regime.

© REUTERS / Carlos Jasso
Nicaraguan Inter-Oceanic Mega Canal Project Game Changer for Latin America
The Sandinistas first came to power in 1979 after US-backed dictator Anastasio Somoza was overthrown by a popular rebellion. Somoza was assassinated the following year by Sandinista commandos after he fled into exile in Paraguay.

Throughout the 1980s US President Ronald Reagan financed the Contra rebels who tried in vain to oust the Sandinistas.

In 1990 the Sandinistas lost power after losing an election but they bounced back in 2007 and Ortega was elected President again.

Relations with US have remained cool and were not helped when in 2014 Managua announced plans to build a huge new ship canal, which would rival the US-backed Panama canal, despite widespread opposition from environmentalists and many Nicaraguan farmers who would lose their land.

But construction has ground to a halt amid suggestions that the financing, from China, has dried up.