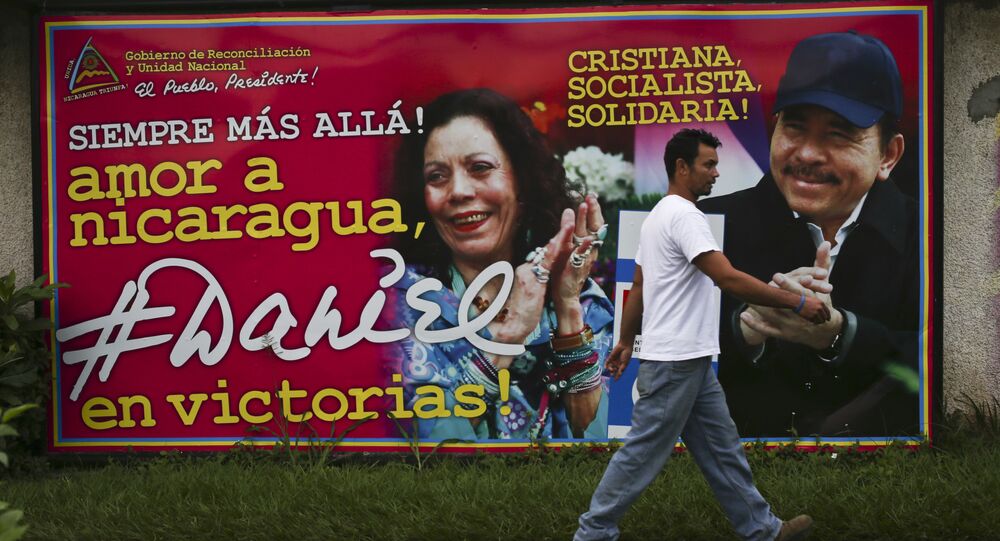 The Nicaraguan Investment Conditionality Act, which is currently under consideration in the US Congress and aims to sanction Daniel Ortega's government into holding new elections, could serve a devastating blow to the country's economy, Nicaraguan journalist Ismael Lopez told Sputnik Mundo.

The legislation proposes that the US government oppose loans for the Nicaraguan government from international financial institutions, "unless the Government of Nicaragua is taking effective steps to hold free, fair, and transparent elections, and for other purposes."

The bill, which was debated by the House Foreign Affair Committee on May 24, was previously passed by the US House of Representatives in September 2016, but it didn't become law because it didn't pass to the Senate for consideration.

Ismael Lopez, political editor of the Nicaraguan newspaper La Prensa, told Sputnik Mundo that the proposed sanctions against Nicaragua could have a devastating effect on the country's economy.

"Last year, international financial resources paid for 60 percent of public investment projects. The enactment of this measure will be a big blow to the country's economy," Lopez warned.

The countries in the subregion of Central America and the Dominican Republic will experience an average growth rate of 4.5 percent, compared to 1.3 percent for Latin America and the Caribbean as a whole.

© Sputnik / Said Tsarnaev
Russia's Provision of Battle Tanks to Nicaragua ‘Disquieting’ - US Commander
Nicaraguan President Daniel Ortega was elected for a third consecutive term in November, after winning 72 percent in presidential elections. Ortega, leader of the Sandinista National Liberation Front which toppled dictator Anastasio Somoza Debayle in 1979, was also elected Nicaraguan President in the 1980's and resisted attempts by the Reagan administration to engineer a coup against his government.

Lopez told Sputnik that NICA, which seeks to exert political pressure on Nicaragua to hold new elections in exchange for the lifting of financial sanctions, is the latest in a series of measures attempting to remove Ortega from power.

Following his overwhelming election victory, the US State Department said it was "deeply concerned" about the outcome of the election.

Lopez told Sputnik that the US intervention will be seized upon by opposition politicians who want a rerun of November's elections.

"For Ortega, this is an interventionist measure by the US. However, for some sectors of the opposition this is an issue that can only be settled if the President calls new elections. The reality is that our economy is weak and won't be able to withstand such a measure."

Lopez said it is "very likely" that the US Congress will approve NICA.

"Ros-Lehtinen has great influence in the republican and democratic parties. (…) In addition, Senator Marco Rubio, who has a strong influence on the ruling party, supports this initiative in the Senate. This bill can be approved at any time," Lopez said.