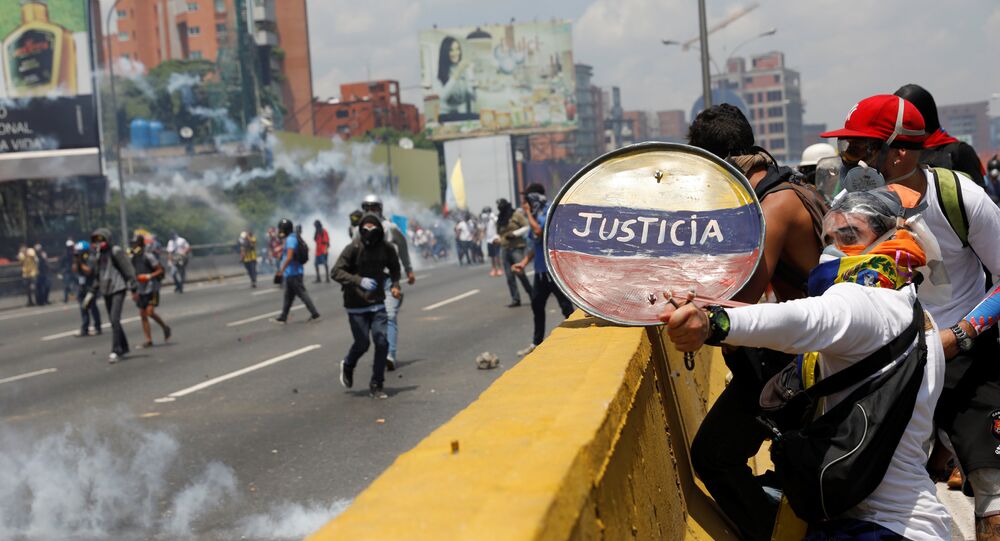 Venezuelan media have revised the death toll from nearly two months of violent protests in the crisis-hit country up to 60, with most of the victims being civilians.

MEXICO CITY (Sputnik) — The national newspaper, El National, published a list of alleged casualties that includes a National Guard and two police officers. The rest are civilians. Of those, nine are teenagers aged between 14 and 18.

© AP Photo / Fernando Llano
Renewed Clashes Hurt 62 People Including Legislator in Venezuela Capital
The number of those injured in nationwide skirmishes between critics of Socialist President Nicolas Maduro and security forces has topped 1,000, according to official estimates.

Jose Barreras‏, head of the Palavecino municipal administration in the northwestern state of Lara, accused the National Guard on Thursday of raiding homes in the Valle Hondo community. He said two people were hurt when troops allegedly kicked in doors and threatened residents.

Opposition accuses the government of mismanaging the oil-rich country, causing severe shortages of basic consumer goods, and attempts to sidestep the parliament. President Maduro plans to set up a constituent assembly to rewrite the constitution as a way out of the political crisis that broke out in early April when the Supreme Court briefly took over powers from the National Assembly, causing an uproar.

Car Runs Over Group of Protesters in Venezuela, 1 Person Taken to Hospital

At Least 46 Wounded in Saturday Anti-Government Protests in Venezuela

Venezuela: The Collapse of Chavismo?