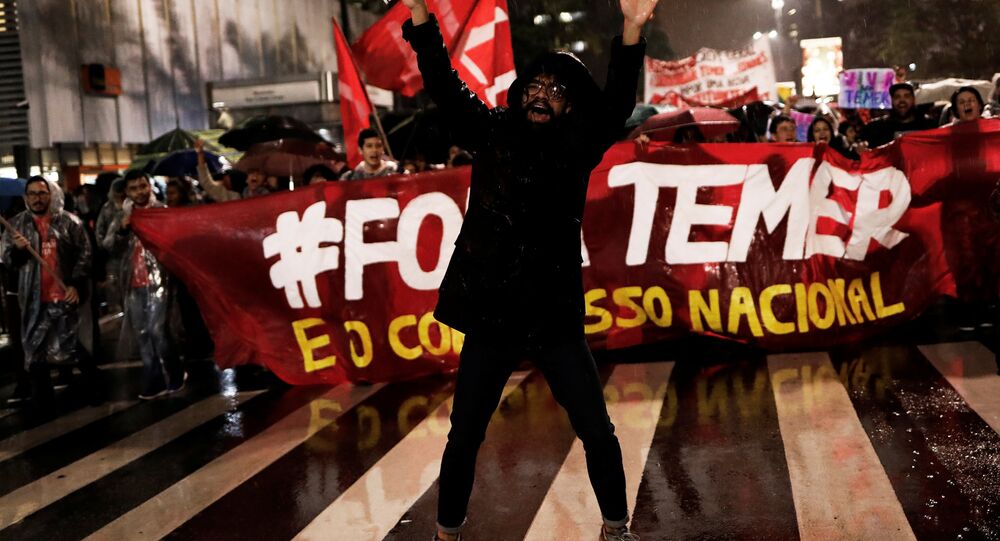 Thousands of people took to the streets in Brazil to rally against country's President Michel Temer and demand for a nationwide snap presidential election, media reported Friday.

© AP Photo / Diego Herculano
Brazil Deploys 9,000 Soldiers to Patrol Rio Amid Crime Wave, Protests
MOSCOW (Sputnik) – According to the 14ymedio media outlet, the demonstrations are taking place in more than a dozen of Brazilian cities, with the largest protests reportedly in the cities of Rio de Janeiro, Sao Paulo and country's capital of Brasilia.

Temer has allegedly sanctioned a Brazilian businessman's continued payments to silence a witness in a probe into the nation’s state oil company Petrobras, a report published by Brazilian Globo media outlet suggested on Wednesday. The president has denied any wrongdoing and said he would not stand down.

On Thursday, Brazil's Supreme Federal Court approved the request for an investigation into the case from federal deputy Alessandro Molon.

Brazil has only recently gone through a presidential impeachment. In August 2016, former President Dilma Rousseff was impeached at the request of then Vice President Temer for allegedly misusing public funds.