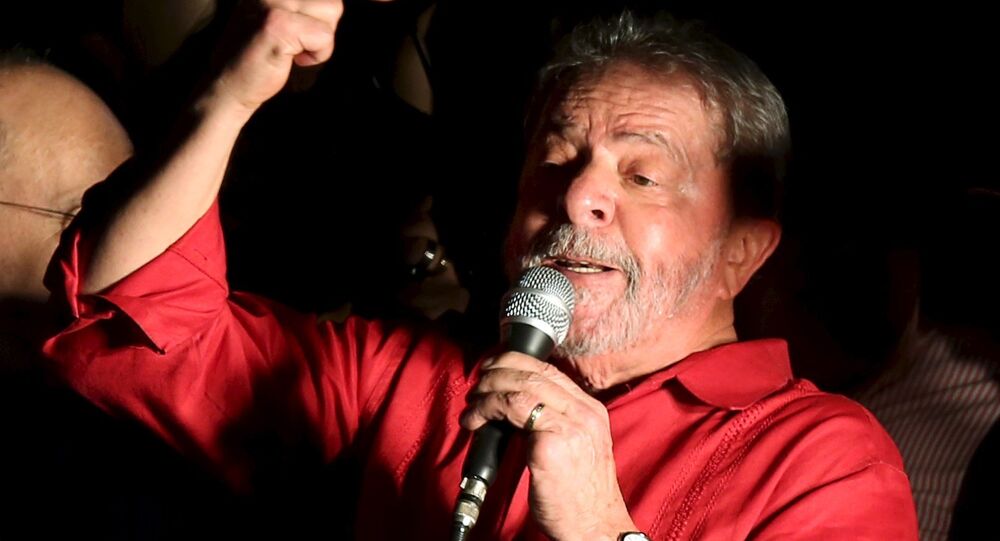 © AFP 2021 / EVARISTO SA
Brazil's Ex-President Favored as Next Leader for 'Extraordinary' Political Record
MOSCOW (Sputnik) — Brazil’s most popular president gave testimony to judge Sergio Moro, who is reportedly on a crusade to jail Lula for accepting an apartment as a bribe from a construction firm in return for political support, the BBC broadcaster said.

If convicted Lula faces a prison term that will bar him from seeking reelection next year. The politician told thousands of supporters rallying in Curitiba, where the hearing was held, that the case was politically-motivated and accused judge Moro of leading a witch-hunt against him, according to BBC.

The standoff between Brazil’s top judge and the former leftist president, who was in office between 2003 and 2010, was touted as historic by local and global media. This was Lula’s first appearance in federal court on corruption charges, pending another four cases.