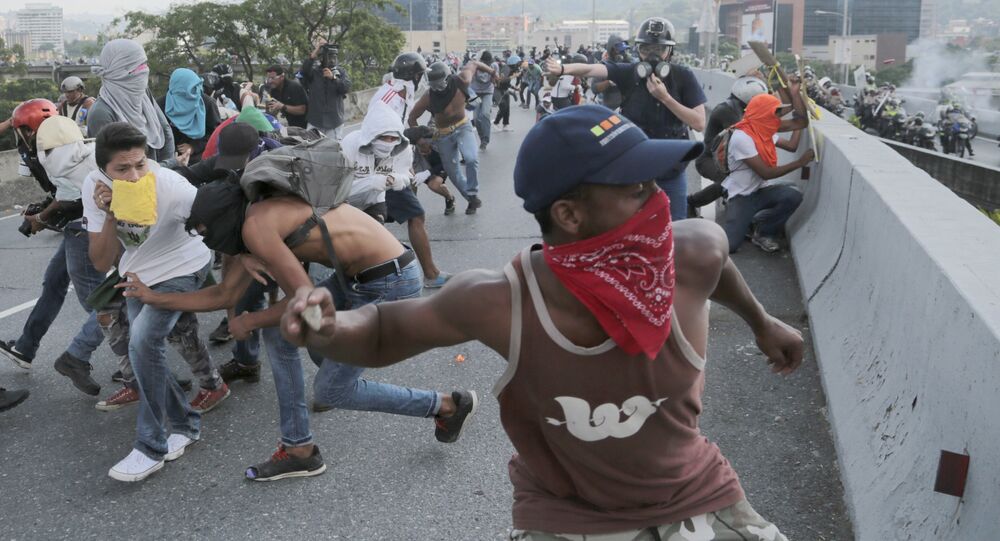 At least 44 people have been killed during the protest rallies across Venezuela that have started in April, the Venezuelan Observatory of Social Conflict (OVCS) reported.

MEXICO CITY (Sputnik) — Earlier reports said that a total number of people killed in the clashes was about 40, while over 800 more had been injured in the capital alone since the escalation of tensions between the authorities and the opposition that had caused violence.

© AP Photo / Ariana Cubillos
US Moves in Venezuela Expose Washington’s Hypocrisy on Russia
According to the OVCS, a total of 44 people were killed in the clashes that took place in the country between April 1 and May 7.

Venezuelan Criminal Forum, yet another rights group, reported about some 2,000 people detained during the protests and about 650 of them, who had still been in custody.

The Latin American state has been hit by a long-term economic and political crisis. The tensions between the country's authorities and oppositions escalated in early April after Venezuela's Supreme Court tried to take over legislative powers from the opposition-controlled parliament. The ruling had been reversed, but a number of demonstrations, resulting in clashes between protesters and police, had been held since then.