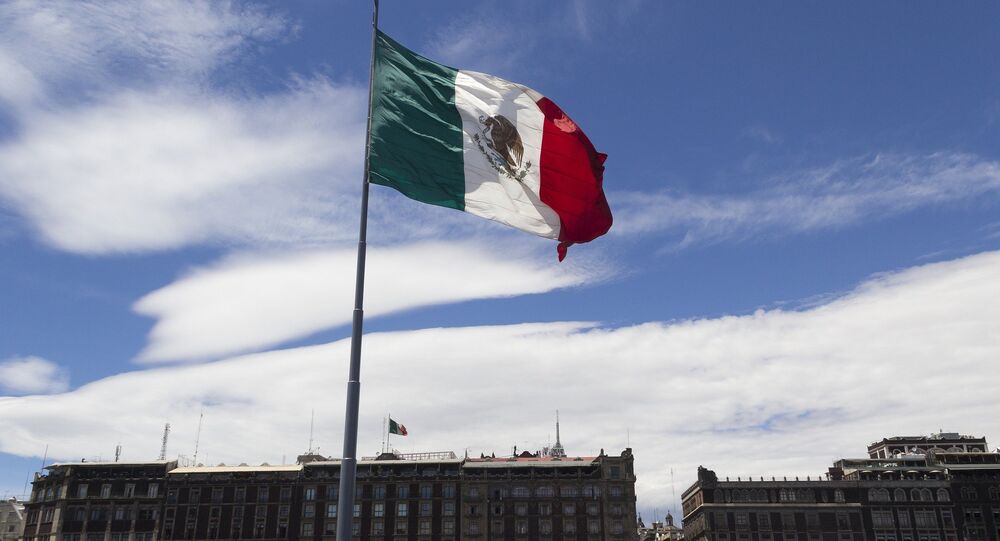 Russian citizens and representatives of other nations took part in the so-called Wall of Memory action that was held in Mexico on Saturday ahead of the Victory Day as part of the "Immortal Regiment" initiative.

Amanda Jane Getty
'Immortal Regiment' Marches Honoring Victory Day Kicking Off Across US
MEXICO CITY (Sputnik) — A total of 11 stands with the photos of the World War II participants were hung out along the walls of the Russian embassy, compared to the six stands that were put up last year, head of the coordination council of Russian compatriots in Mexico Sergei Kilyakov told Sputnik.

"The following year, we may expect that there will be even more [stands]," Kilyakov said, adding that around 150 people took part in the event, which is again more than in 2016.

Russian Ambassador to Mexico Eduard Malayan praised the fact that a lot of young people joined the action.

Among those that took part in the event were students of local universities that study Russian language. They observed the minute of silence for the WWII victims, and laid flowers in their memory.

The "Immortal Regiment" is a patriotic initiative that commemorates WWII soldiers in marches held across Russia and other countries on May 9, celebrated as Victory Day in Russia and the former Soviet republics. During the marches, people carry photographs of their ancestors who participated in the war.