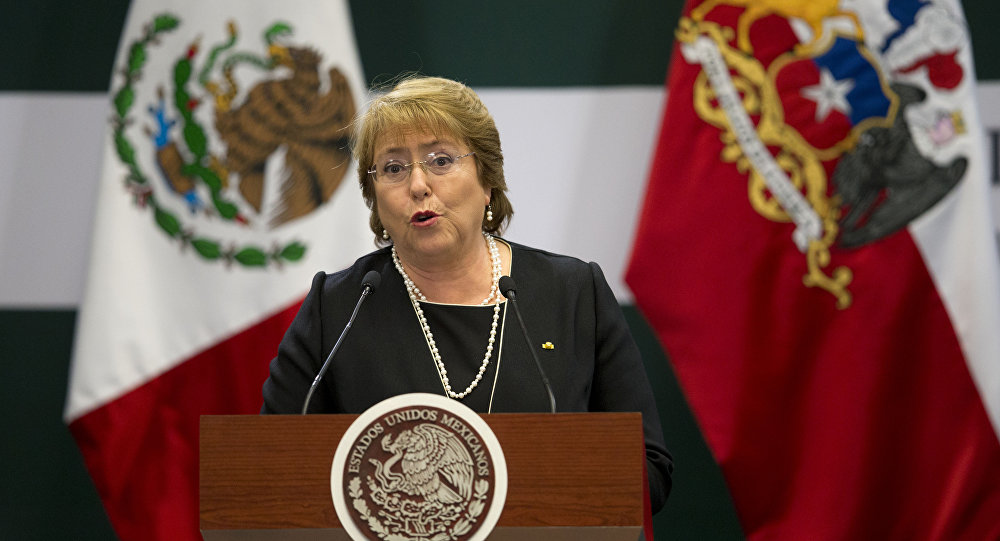 Chilean President Michelle Bachelet called on Friday for more integration within the Pacific Alliance, stressing that integration is vital for economic development.

MOSCOW (Sputnik) — Bachelet stated that the integration into the Pacific alliance is vital for sustainable economic and social development amid the emergence of protectionist voices around the world.

© Fotolia / Yuge17
Chileans Protest Against Attempt to Revive TPP Deal
"Today we are in an international political-economic moment full of uncertainties. Protectionist voices have resurfaced and borders have been closed," Bachelet said, as quoted by the Prensa Latina news agency, adding that the Pacific Alliance maintains its position in support for further integration, showing that integration is of vital importance for sustainable economic and social development.

The Pacific Alliance, founded by Peru, Chile, Colombia and Mexico in 2012, represents over 35 percent of the region’s population, which is over 200 million people. The alliance aims for regional integration, trade liberalization, and environmental protection, among other projects. It also has joint diplomatic missions in several countries around the world.