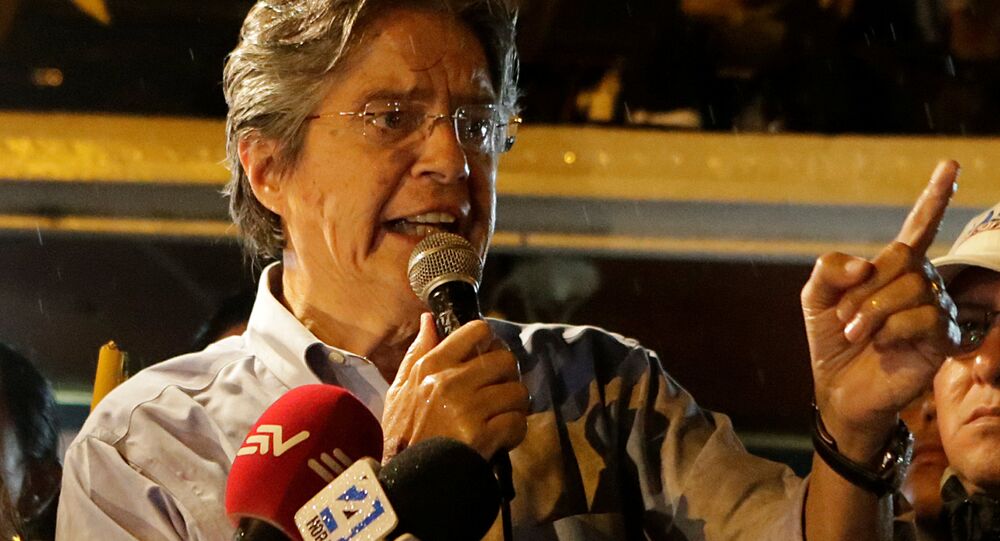 Ecuador’s opposition Creo-Suma alliance candidate for president Guillermo Lasso, who lost to Lenin Moreno, a candidate from the ruling PAIS Alliance in the second round of the elections, is again calling for a full recount of votes.

MEXICO CITY (Sputnik) – On Tuesday, the country’s Electoral National Council (CNE) confirmed that Lenin Moreno won the elections with 51.15 percent of the votes against Lasso’s 48.85 percent.

"We have filed a challenge to the CNE," Lasso wrote on Twitter on Wednesday, adding in another post that "The CNE now has 48 hours to respond to the challenge. If they say that the process has been transparent, they should not have fear of a [repeated] count."

© REUTERS / Mariana Bazo
Moreno Win Signals ‘New Layer of Left-Wing Leadership Across Latin America’
On Tuesday, police in Ecuador’s capital Quito broke up a rally of Lasso’s supporters, who were demanding a full recount of votes near the CNE building.

Lasso first asked for a full recount immediately after the announcement of preliminary results of the second round of presidential elections last week. The opposition candidate claimed that the second round was fraudulent and challenged hundreds of allegedly faulty electoral rolls.

The CNE has carried out a partial recount of the votes.