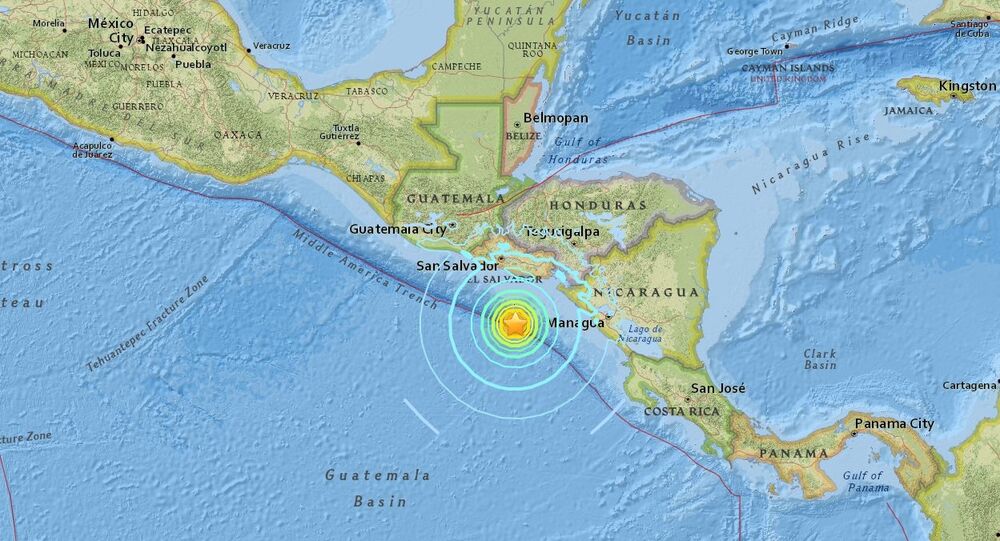 A 5.1 magnitude earthquake rocked El Salvador on Monday, with at least one death and three injuries confirmed.

A National Civil Police spokesperson said the death came about when a rock slammed into a vehicle driving on the highway west of the nation's capital and largest city, San Salvador.

Jorge Antonio Melendez Lopez, the Director General of Civil Protection, has declared a state of emergency and urged citizens to remain calm. "As we have had a 5.1-strength earthquake at a fairly shallow level of four kilometers [2.5 miles] we have decided to raise the level of alert to orange, meaning search and rescue operations," he said in a radio statement.

Social media users have reported landslides and rockslides in the wake of the quake. Traffic jams and power failures have also been reported.

A barrage of earthquakes struck El Salvador the night before, with 13 in total over Sunday night. Of those, four were perceptible and the largest of them registered a magnitude of 3.9. The first earthquake was felt at 8:17 PM local time, and the temblors continued through the night.

Emergency services immediately leaped to action to maintain order and help anyone affected by the quakes. However, no injuries were reported and there was no apparent damage to any public infrastructure.

As it hugs the Pacific Ring of Fire, El Salvador is no stranger to earthquakes. An estimated 5,500 quakes strike the tiny Latin American republic every year, almost all of them along the coastline. In 2001, a pair of earthquakes only a month apart killed over 1,200 people and damaged 20% of the nation's housing.