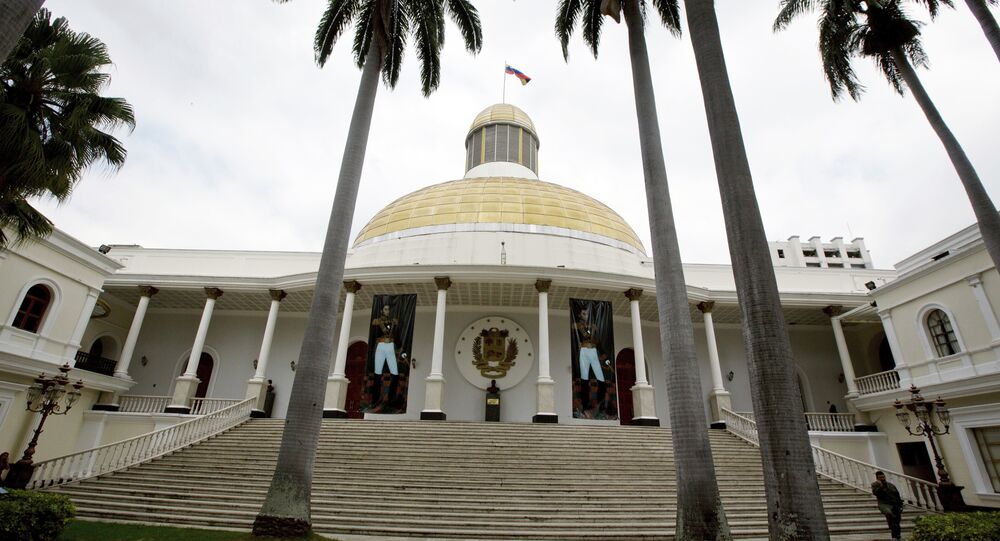 US Expresses 'Grave Concern' Over Venezuela's Attempts to Gag Opposition

The United States is troubled by the Venezuelan government's decision to ban long-time opposition leader Henrique Capriles from public office, the US Department of State said in a press release.

WASHINGTON (Sputnik) — According to the State Department, Capriles is a prominent, democratically-elected member of Venezuela’s political opposition.

"The United States views with grave concern the Venezuelan government’s actions to bar Miranda State Governor Henrique Capriles — a prominent, democratically-elected member of Venezuela’s political opposition," the release stated on Monday. "The freedom of assembly is a universal human right, which the Venezuelan authorities must respect."

The State Department called on Venezuelan President Nicolas Maduro to reassess banning Capriles from the political world and allow people to exercise their basic rights such as the "right to elect their representatives in free and fair elections."

© REUTERS / Christian Veron
About 60 People Injured During Anti-Government Protests in Venezuela's Capital
The State Department also reaffirmed US support for the consensus of the Organization of American States Permanent Council, which has promoted rebuilding the democracy in Venezuela.

Caracas has seen a series of protests in recent days after the country’s Supreme Court attempted to take on the functions of the country's National Assembly, which has been controlled by the opposition.

Venezuela: Who Wants a Coup?