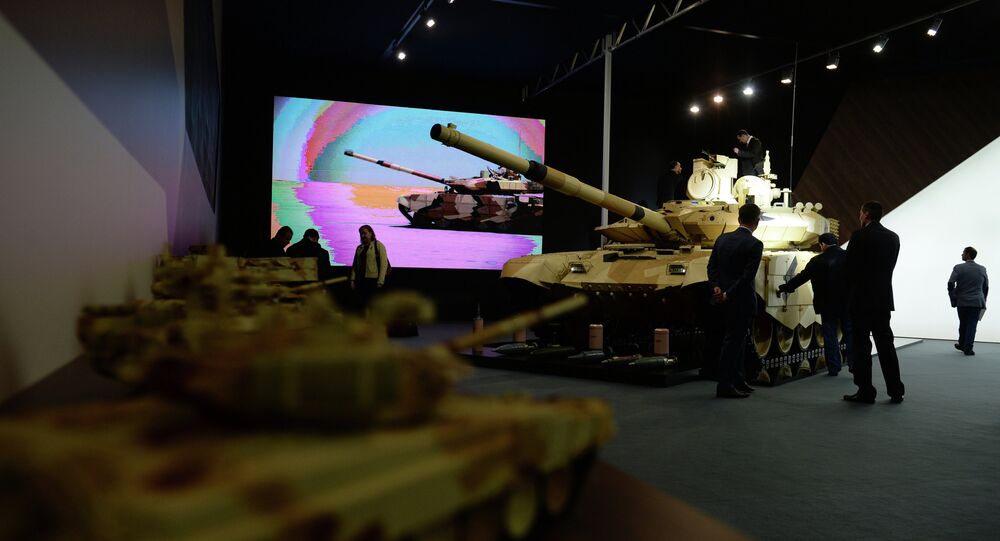 Russian air defense systems, armored vehicles, amphibian planes and fighter jets are big attention grabbers at the LAAD-2017 defense and security exhibition now underway in Brazil with potential buyers lining to take a closer look at what Russian arms manufacturers have on offer.

“Even though it would be a bit premature to sum up the results of this exhibition, I can say that our conference rooms are never empty with our representatives engaged in an intensive dialogue with potential buyers from Latin America and a number of African countries as well,” Anatoly Punchuk, the deputy head of the Federal Service for Military-Technical Cooperation, told Sputnik.

Potential buyers have also shown interest in the Beriyev Be-200 amphibian planes, the Yak-130 and Yak-152 trainer aircraft and the MiG-35 fighter jet, Punchuk added.

In an interview with Sputnik, military expert Alexei Leonkov said that the Latin American countries are well familiar with Russian military hardware.

“Venezuela is one of our main clients there with 14.5 billion dollars’ worth of Russian weapons supplied between 2001 and 2009. We have virtually rearmed that country and other Latin American countries are also willing to buy high-quality and affordable weapons from Russia,” Leonkov added.

He said that he was not at all surprised by the Latin Americans’ keen interest in Russian Tigr armored cars and other military hardware.

He said that the list of Russian military hardware supplied to Latin America was being expanded all the time.

The Tor-M2KM can simultaneously detect more than 40 targets, track and attack four of them at once while on the move.

LAAD is the most important defense and security exhibition in Latin America, with 642 exhibitors from 41 countries, 27 national pavilions and 170 official delegations from 74 countries.