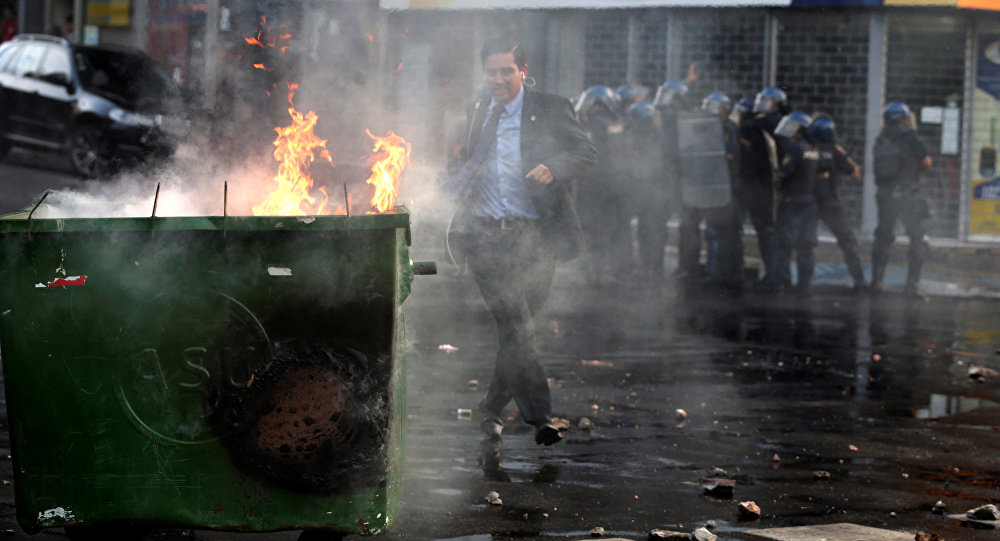 Over 200 People Detained in Paraguay Amid Protests Against Legislation Changes

MEXICO (Sputnik) — According to ABC media outlet, Paraguay's prosecutor office has been questioning so far only 12 of the detained protesters.

© REUTERS / Jorge Adorno
Paraguayan Leader Calls for Order as Protesters Set Congress Building on Fire
The unrest was triggered by decision of the ruling Colorado Party to establish an alternative Senate, passing laws favorable to the country's leader. On Tuesday, a group of 25 senators began holding "parallel sessions," making changes to the Senat's rules and procedures. Early on Friday, the lawmakers approved a re-election bill. According to Paraguay's laws, Senate requires 23 out of 45 votes to pass legislation, which means the voting results of the alternative Senate was enough for the adoption of changes.

On Friday evening, protesters started storming the congressional building and set it on fire. The riot police had to use water tanks and rubber bullets at some of the protesters to restore order. The mass protests resulted in death of one of the protesters, the investigation is underway.