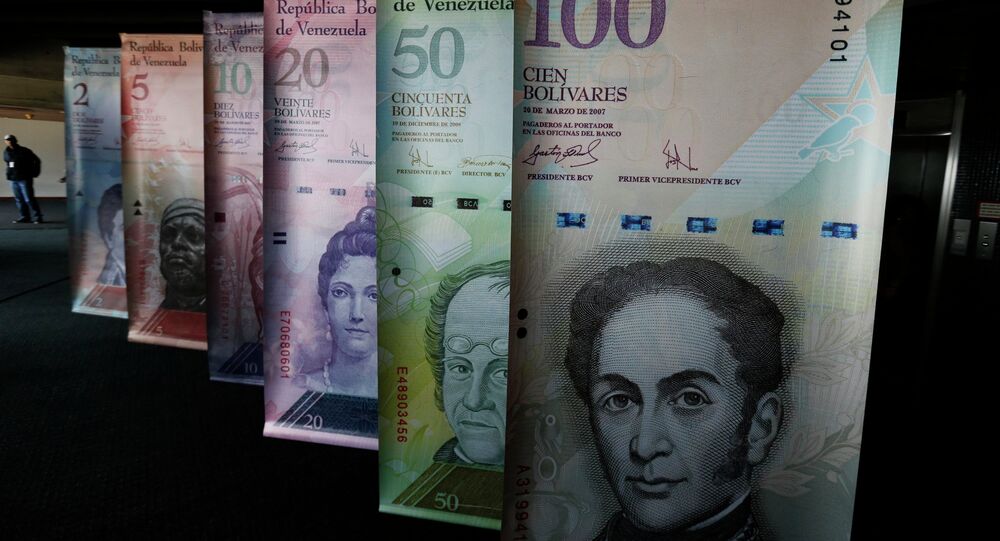 The Venezuelan bolivar lost almost 20 percent of its value against the dollar on the "black market" following the decision of the Supreme Court to assume the powers of the country’s National Assembly.

© AP Photo
Moscow Calls for Intra-Venezuelan Dialogue Amid Political Crisis
MEXICO CITY (Sputnik) – On Thursday, one day after the Venezuelan Supreme Court announcement, the "black market" bolivar to dollar rate was at 3,451 per dollar, while on Friday it was at 3,790, according to Dolar Today, a website that monitors currency rates. On Wednesday, the bolivar was at 3,203 per dollar.

On Wednesday, the Supreme Court of Venezuela ruled that it would assume the powers of the National Assembly, which is currently controlled by the opposition majority.

The move by Venezuela's top court has already been criticized by several countries in the Americas. In particular, Colombia, Chile and Mexico expressed their concern over the court's decision, while Peru recalled its ambassador from Venezuela.

© REUTERS / Ueslei Marcelino
Caracas Demands Suspension of OAS Session on Venezuelan Crisis Situation
The US Department of State condemned the court ruling in a statement, calling it "a serious setback for democracy in Venezuela."

On Friday, UN High Commissioner for Human Rights Zeid Ra’ad Al Hussein called for a review of the Venezuelan Supreme Court decision, stressing that the separation of powers was essential to democracy.

Organization of American States to Hold Meeting on Venezuela Next Week