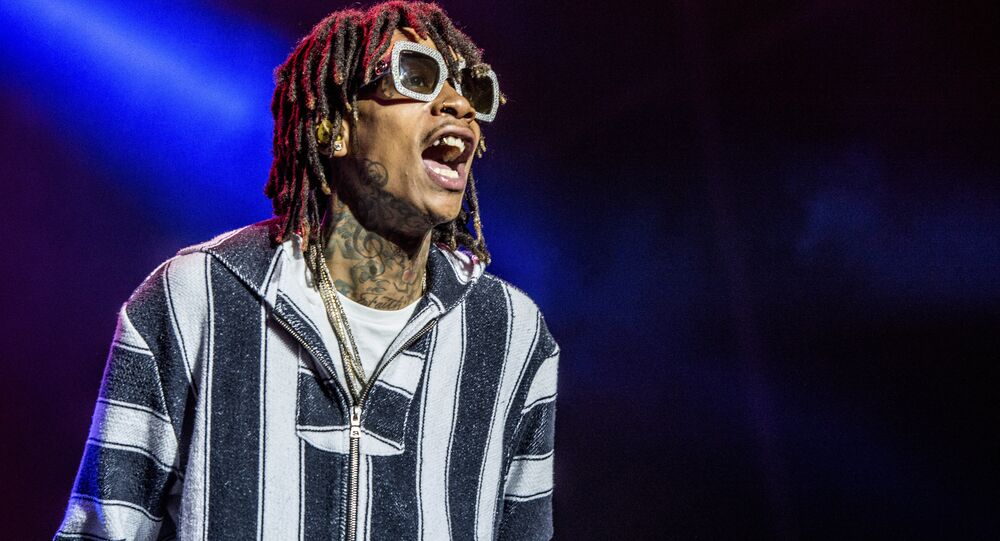 Rapper Wiz Khalifa documented his escapades, which have angered Colombians, on social media.

Following a performance on Friday in Medellin, Colombia, the 29-year-old rapper stopped by the grave of the brutal drug trafficker to pay his respects.

Over the weekend, the rapper posted photos to his Instagram account showing himself smoking what appears to be marijuana at Cementerio Jardines Montesacro, as well as one of Escobar’s grave with flowers and a joint laid next to the headstone.

Khalifa, well-known for his fondness of marijuana, also took a photo in front of the apartment where Escobar lived. The photo has angered many Colombians, who have called his antics disrespectful to the nation.

“You f-cking people don't understand that worshiping Escobar for us Colombians is like worshiping Bin Laden for you idiots. He bleeded [sic] our country. Show respect and stop watching Narco shows and thinking [it's] real,” Instagram user @lauragonzg wrote.

© REUTERS / Joe Skipper
Rapper Threatens to ‘Pimp’ Melania After President Trump Tweets About Snoop Dogg
Escobar and his cartel were behind approximately 4,000 killings, including 107 people who were killed on an airplane that they bombed. It is believed that his cartel was responsible for trafficking up to 80% of all cocaine into the United States from the 1980s through 1990s. His success in the drug trade led to him being named the seventh richest man in the world by Forbes in 1989.

The infamous drug trafficker was killed by police during a shootout as he attempted to flee from officers in December 1993.

Medellin Mayor Federico Gutierrez was especially unamused by the rapper’s stunt, calling him a “scoundrel” and asserting that he should have brought flowers to Escobar’s victims instead.

"It shows that this guy has never had to suffer from the violence inflicted by these drug traffickers," Gutierrez told BBC. He has also asked that Khalifa apologize for "advocating crime.”

Khalifa has not apologized or responded to any of the outrage as of Monday evening.