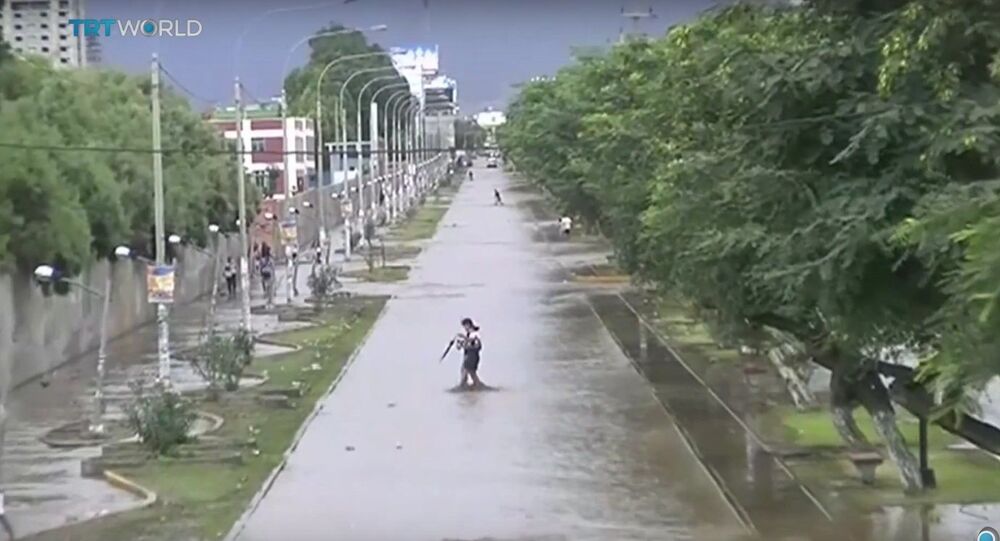 The death toll from powerful floods in Peru that occurred in over a dozen of the country's regions has surpassed 60, state emergencies authorities report.

© CC BY 2.0 / John Seb Barber / DSCF8679
At Least 12 People Killed After Car Rolls Down Ravine in Southern Peru
MEXICO CITY (Sputnik) – On Thursday, media reported that over 50 people had died and 70 were injured in Peru as a result of floods that hit 20 out of the country's 25 regions. At least 11 people were missing.

Peru’s National Emergency Operations Center (COEN) said on Thursday that the death toll from the floods stood at 62.

The floods, caused by the El Nino phenomenon, have reportedly led to an outbreak of the Dengue fever, affecting over 1,200 people.

The El Nino Southern Oscillation (ENSO) is a cycle of warm and cold temperatures of the tropical central and eastern Pacific Ocean. The warm phase of ENSO is called "El Nino," while the cool phase is referred to as "La Nina."

The El Nino phenomenon occurs at irregular intervals, every two to seven years.