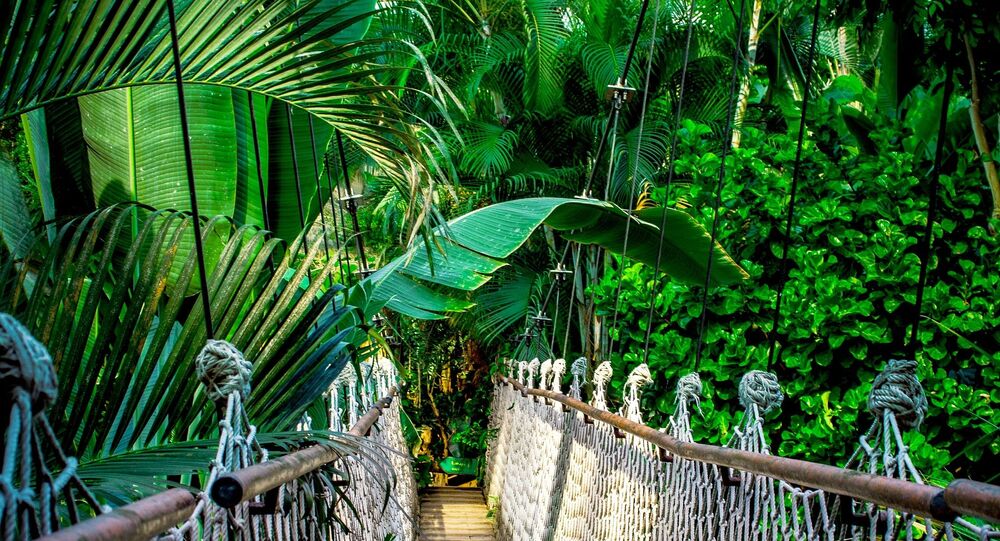 The timber industry, agriculture and the effects of climate change could lead to a large drought in swathes of the Amazon rainforest within the next 100 years, potentially changing weather conditions for countries across the world.

A study by the Potsdam Institute for Climate Impact Research in Germany found that areas of the jungle, which cuts through nine South American countries, could be reduced to savanna-like environments due to a process, known as self-amplifying forest loss.

Rainfall has steadily decreased in the Amazon over the past century and researchers said that if the dry seasons intensify in the coming years large areas of the forest could die, with human interference one of the main causes.

"We already know that on the one hand, reduced rainfall increases the risk of forest dieback, and on the other hand, forest loss can intensify regional droughts," lead-author of the study, Delphine Clara Zemp, said.

The survival of tropical forests depends on the water that they hold, according to PIK researchers, who studied water fluxes across the region to determine the level of interaction between vegetation and the atmosphere.

Amazon trees evaporate the moisture that will eventually rain back onto them, meaning fewer trees results in less rainfall in the immediate area.

"As powerful as the cycle is, it is also surprisingly susceptible to environmental changes… And humankind is imposing massive perturbations on Amazonia by both cutting down the trees and heating up the air with greenhouse gases."

Despite years of decelerated deforestation across the Amazon basin, Brazil — a country which containts 60% of the Amazon — reported the number of trees felled jumped by 26% from the end of 2015 to the end of 2016.

And researchers at the German Postdam Institute fear another logging spike could push the Amazon into a vicious dieback cycle that would result in hotter dry seasons, more forest loss, and continued drought.

Zemp called the Amazon "one of the tipping elements in the Earth system" and a separate study from the University of Virginia found deforestation could both decrease and increase rainfall across the world.

"Tropical deforestation delivers a double whammy to the climate — and to farmers. It turns out that removing forests alters moisture and air flow — leading to changes — from fluctuating rainfall patterns to rises in temperatures — that are just as hazardous [as carbon emissions], and happen right away," said Professor Deborah Lawrence.

"The impacts go way beyond the tropics — the United Kingdom and Hawaii could see an increase in rainfall, while the US Midwest and Southern France could see a decline," she added.