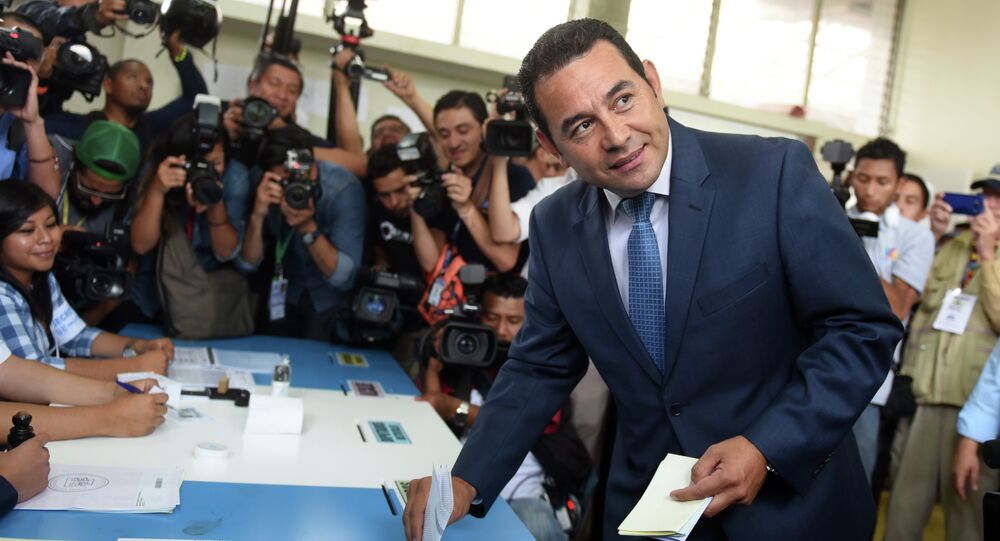 Jimmy Morales has accepted the state's responsibility for the death of almost 40 minors in a fire at a rehabilitation center.

"We are grieved, yes, very much grieved and convinced that these things should not happen, and convinced that we cannot place our responsibility as a country on anyone but ourselves," Morales said in a Friday speech, as quoted by the AGN news agency.

According to the latest data, 37 minors died this week as a result of the fire at the government-run rehabilitation center of Hogar Virgen de la Asuncion, located in the San Jose Pinula suburb of Guatemala City.

Guatemala has announced three days of national mourning for the victims of the fire, which reportedly broke out after one of the minors housed by the center set a mattress ablaze following a riot.

According to local media reports, about 60 adolescents escaped the rehabilitation center on Tuesday, protesting against violence and low food quality.

According to Morales, an investigation has been launched to determine the exact circumstances of the fire.