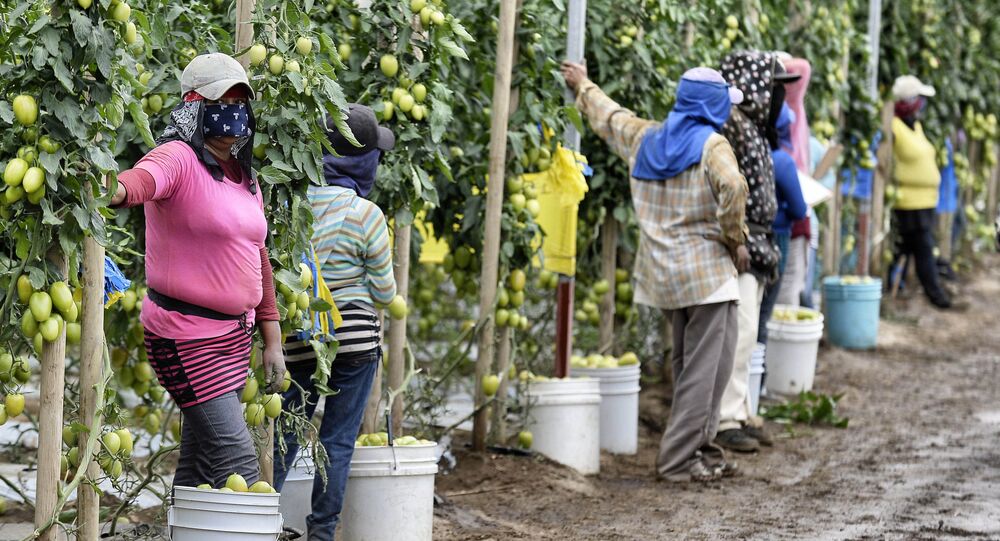 Having "forgotten about Latin America," Mexico is forced to forge more economic ties with its neighbors because of the uncertain future of the NAFTA free trade agreement, analyst Alfredo Jalife-Rahme told Sputnik Mundo.

Having oriented its economic co-operation towards North America over recent years, Mexico is forced to re-orient itself towards its southern neighbors following the election of Donald Trump, analyst Alfredo Jalife-Rahme told Sputnik Mundo.

Mexico "made a big mistake when it relied entirely on NAFTA without any guarantees," he said, adding that Mexican industry will turn out to be "superfluous" once Trump has implemented his protectionist economic policies.

Trump, who has already pulled out of the TPP free trade agreement, has promised to renegotiate NAFTA, a three-way free trade accord established by Canada, Mexico and the US in 1994.

© AP Photo / Victor R. Caivano
Brazil Ready to Cash in on US-Mexico-China Trade Row
At a meeting earlier this month, Japanese Prime Minister Shinzo Abe promised Trump that Japanese companies will increase investment in the US, as part of new negotiations on trade and investment following the collapse of the TPP. This could have an effect on Japanese-owned factories in Mexico, Jalife-Rahme warned.

"Trumpism is aiming for an industrial model that rivals the Mexican one. In addition, he is going to introduce a 20 percent border tax. This is a trade war, and protectionism is making the Mexican government, a supporter of free trade and neoliberalism, look in any other direction."

Although Trump and US critics characterize NAFTA as having given Mexico an advantage, in fact the Central American country also bore its share of negative consequences. For example, much of the income in the first few years of the trade deal came from drug trafficking, Jalife-Rahme said.

"If we look closely at the figures, these revenues reached about $165 billion. In second place are remittances of about $25 billion."

© AFP 2020 / PAUL J. RICHARDS
‘Fake News’ of Immigration Raids Destroy Mexican Restaurants in New York
The advent of so-called "maquiladora," factories which are run by foreign companies in Mexico and export the goods abroad, has contributed another $23 billion and provided work for just 3 million of Mexico's 124 million population.

The analyst described Mexico as a "post-agricultural country" with a "destroyed" industrial complex, which is unsuited to a free trade agreement with "a country like the US, which occupies a post-industrial, high-tech level of development."

According to a 2015 report by the Migration Policy Institute, there were approximately 23.2 million Mexican immigrants and their children living in the US. Jalife-Rahme calls them "economic refugees," not migrants, because economic hardship forced them to leave.