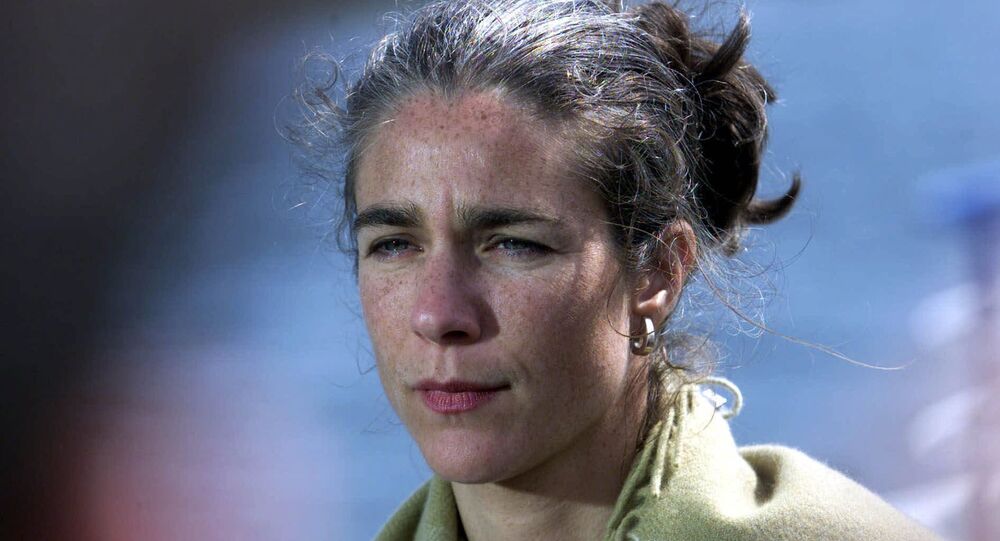 A boat providing health services to women has been stopped and detained since Thursday in Guatemala.

The Dutch-based organization Women on Waves sends boats around the world to provide free reproductive health services, including abortions, to those that cannot easily access them in their countries. Having visited Ireland, Poland and Morocco, the group is no stranger to opposition.

"Why don't you go to the Netherlands to kill children?" one protester yelled at the ship's crew, TeleSur reports.

On February 23, the Guatemalan military blockaded the Woman on Waves ships that had arrived in Marina Pez Vela harbor. The ship had docked the day before and the crew had gotten all necessary permits, organizers say. (They have also shared images of their permits on social media.) The next day, access to the boat's pier was blocked so that those on land could not board and those onboard the ship could not leave. They have been blockaded ever since, undergoing multiple inspections by authorities. Only after days of fighting was the boat's crew allowed to leave the pier, under supervision, to use the bathroom, organizers say.

The health services group gets around local laws by transporting women via a dinghy to the actual medical ship, which stays in international waters. Women on Waves spokesperson Leticia Zenevich told ATTN: that the government has no legal basis for detaining them and denying their right to provide safe abortions, legally, outside of Guatemala.

"We are here in solidarity with Guatemalan women who are having their right to abortion denied," Zenevich said, "and now we are going to fight in court."

In an official statement, Guatemala's military said it was following orders from President Jimmy Morales to stop the organization from doing work in Guatemala. The military will defend "human life and the laws of our country," they said. The military maintains that the activists were not allowed to go ashore because they had not declared a motive for visiting Guatemala, TeleSur reports.

"Women in Guatemala City have been protesting in front of the Ministry of Defense, requesting the campaign to continue, the boat to remain in Guatemala and their right to a safe abortion," Women on Waves writes on their website.

Abortion is illegal in Guatemala unless the mother's life is determined to be at risk. According to Women on Waves, there are 65,000 illegal and unsafe abortions performed in the country every year. Guatemala also has huge numbers of teenage pregnancies, with many of those the result of rape.

"Guatemalan women have the human right to a safe abortion and to an informed, fact-based national dialogue and this is what this action is about. We're very sorry we still could not help any of the hundreds of women who have called us in the last [48 hours] but we will keep fighting, both to liberate our crew, who are bravely standing all sorts of human rights violations, and to stand for the human rights of Guatemalan women," Women on Waves said in a statement.

The Women on Waves ship provides free abortions for women up to 10 weeks pregnant, as well as contraceptives and health information and training.