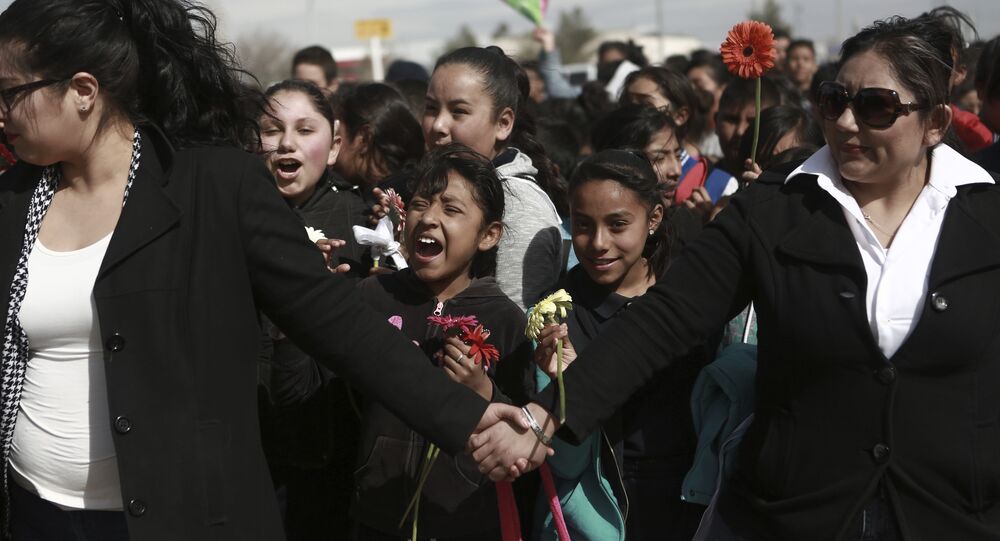 Over 1,500 Mexicans Protest on US Border Against Trump's Wall Plan

More than 1,500 Mexicans formed a "living wall" in the border town of Ciudad Juarez, which is separated by fencing from its US neighbor city El Paso, to protest against US President Donald Trump's plans to build a wall along the US-Mexico border, media reported.

"We will oppose [the wall] with friendship, when different voices merge into one, they turn into a single tone, when different hands are intertwined, it shows that we are together, proves our desire to continue to be a community of the two countries," state governor Javier Corral said on Friday, as quoted by Excelsior.

Protesters held roses and waved them at residents of the neighboring country in greeting.

On January 25, Trump, delivering on his signature campaign pledge, signed an executive order that initiated the process of building the wall on the US southern border with Mexico.

During the 2016 presidential campaign, Trump repeatedly stated Mexico would pay for the border wall, despite Mexico's refusal to do so.