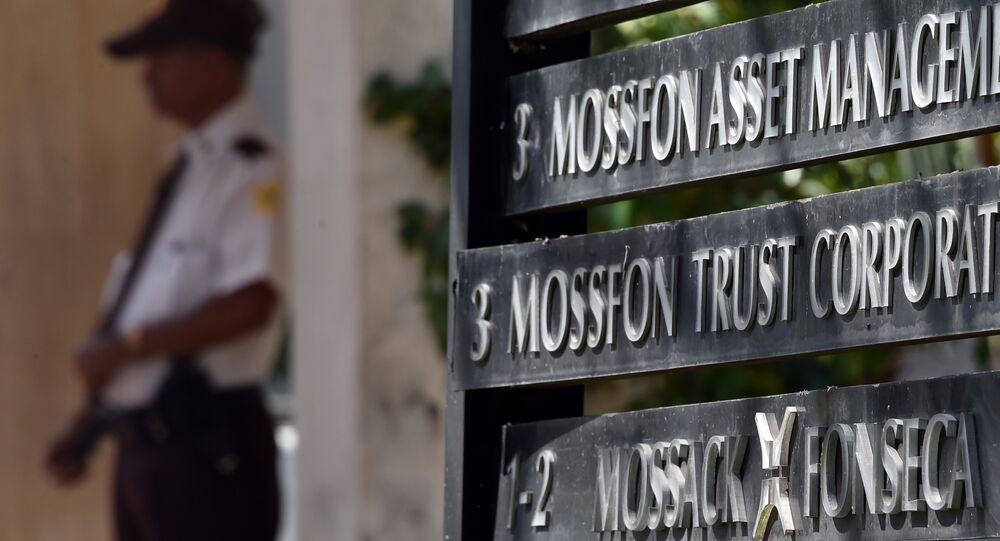 Jurgen Mossack and Ramon Fonseca, the founders of the eponymous Panamanian law firm that was vaulted to notoriety after a massive leak of their files exposed money laundering schemes all over the world, have been detained in connection with a corruption scandal in Brazil.

© AFP 2020 / CRIS BOURONCLE
Where in the World is Toledo? Peru Asks for Help in Search for Fugitive Leader
The two founders of the Mossack Fonseca firm have been detained in Panama, according to the country's attorney general's office. They were taken into custody because they were deemed to be a flight risk. The men are being held to answer questions about their role in a huge and ongoing corruption scandal in Brazil.

According to Attorney General Kenia Porcell, the information currently collected by investigators has revealed the law firm to be "a criminal organization that is dedicated to hiding assets or money from suspicious origins."

The attorney general also said that the investigation is a joint effort by prosecutors in several countries: Brazil, Peru, Ecuador, Colombia, Switzerland and the United States.

While Fonseca has denied any connection to the ongoing scandal involving Brazilian construction firm Odebrecht, Porcell disclosed that "this investigation in principle is not related to Odebrecht, but to the Lava Jato case." Lava Jato is the Portuguese name for the Operation Car Wash probe revolving around Brazilian oil company Petrobras, which has resulted in criminal charges against businessmen and members of the ruling Workers Party of Brazil, including impeached President Dilma Rousseff, who chaired the board of Petrobras from 2003 to 2010.

Scandal has dogged Mossack Fonseca since the massive leak of private information, which exposed money laundering schemes using offshore companies at the behest of politicians and businesses all around the world. The leak, known as the "Panama Papers," has led to multiple investigations in many countries. Among other things, the Panama Papers have shone a light on Brazilian construction company Odebrecht's practice of bribing government officials all around Latin America in exchange for government contracts.

Mossack Fonseca's office and the houses of the firm's founders were searched days before the arrest.

At least one more lawyer in the firm has also been arrested and one more company employee is facing an arrest warrant, but her whereabouts are unknown. Their names have not been disclosed.

Mossack Fonseca defense lawyer Elias Solano claims the allegations against the firm are "weak" and that he will challenge the evidence presented against his clients.