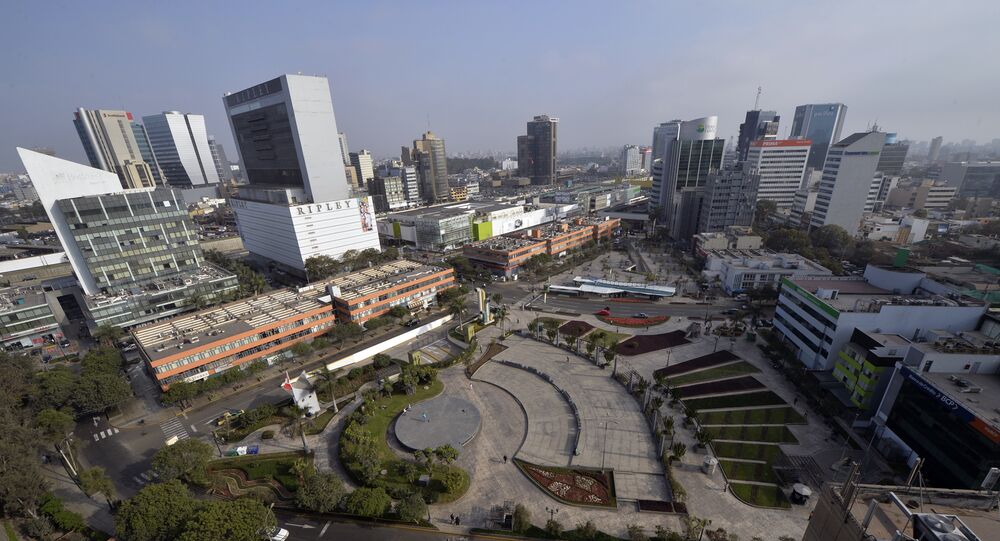 Peru has asked the world for help and offered a reward for any information leading to the discovery of its former president, Alejandro Toledo, who is accused of taking bribes from a Brazilian construction company.

© AFP 2020 / CRIS BOURONCLE
Russia, Peru Sign First Ever Deal on Cooperation Between Capitals
Toledo was an anti-corruption icon early in his presidency. But something clearly went wrong, as current Peruvian officials have turned to the rest of the world for help finding him and bringing him to justice. The former leader is now a fugitive: Toledo fled the country facing accusations of taking about $20 million in bribes from Brazilian construction giant Odebrecht.

"Anyone in the world who can help us find him can claim the reward," said Interior Minister Carlos Basombrio as he offered 100,000 soles ($30,000) for any information that would lead to Toledo's capture. "Peru doesn't deserve to see another president flee justice."

Toledo is currently thought to be staying in the United States, specifically in San Francisco, but Peruvian officials believe he might soon depart for Israel.

Peruvian authorities have also contacted Interpol, which issued an alert to its 190 member states.

If captured, Toledo will be detained for up to 18 months as prosecutors prepare charges against him. According to prosecutors, he took at least $20 million in bribes from Odebrecht, which recently confessed to having paid about $800 million in bribes all across Latin America. Interestingly, Odebrecht claimed it also paid Toledo's two successors, Alan Garcia Peres and Ollanta Moisés Humala Tasso.

The release of documents from Panamanian law firm Mossack Fonseca, colloquially known as the Panama Papers, first shed light on Odebrecht's corruption. Several countries in Latin America have initiated investigations against their leaders and politicians in relation to the revelations, but no one except Toledo has been accused so far.

Toledo's predecessor, Alberto Fujimori, was also accused of corruption and human rights violations and fled to Japan, but was caught eventually and is now serving his sentence in a Peruvian jail.