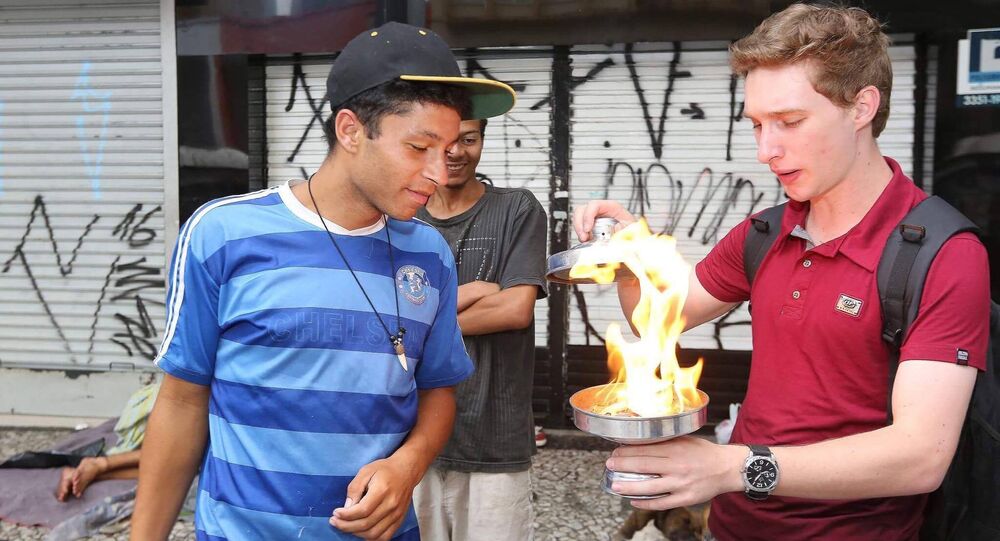 © Photo : Pixabay
At Least 19 Migrants From Brazil Disappear Near Bahamas en Route to US
Speaking to Sputnik Brazil, nineteen-year old radio journalist and part-time magician Lucas Andrey Barabach Nogueira said that he decided to give performances and offer food to homeless people in the southern Brazilian city of Curitiba as a sign of solidarity.

Nogueira, who performs under the pseudonym Andrey Mandrake, comes from the small, prosperous town of Prudentopolis. He said that he works with seven volunteers and that he has no sponsors to pay for the sandwiches they use in their magic tricks.

"I'm doing these tricks out of solidarity with the people who live on the street. The trick is that we take an empty pot and light a fire in it; then we cover it and come closer to the homeless. When we remove the lid, a sandwich "appears" in the pot all of a sudden," he said.

He added that he has been working as a part-time magician since December 2016 and that this occurred to him shortly after he moved to Curitiba, where he began working in a fast food joint.

"We're trying to help everyone who is on the street. We know that they all need breakfast, a sandwich, and to chat because many of them live in utter desertion," he said.

"We approach everybody in cases when a person is under the influence of hard drugs. But still, we are trying to get closer to all the people, help them and show a little bit of magic," he concluded.

At Least 10 Inmates Killed in Prison Riot in Brazil

Death Toll in Prison Riot in Brazil Reportedly Rises to 60