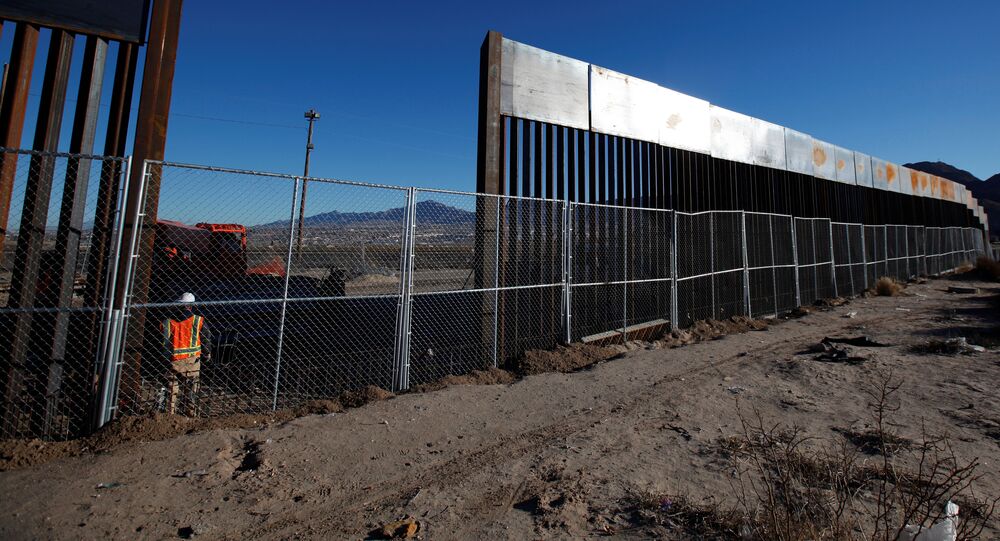 The reaction of Brazil's Foreign Ministry to Donald Trump's plan to build a wall with Mexico is an expression of solidarity with a fellow Latin American country, Denilde Holzhacker told Sputnik.

© AP Photo / Marco Ugarte
Mexican President Cancels Meeting With Trump in US Amid Wall Dispute
On Friday the Brazilian government stated its opposition to President Trump's executive order to build a wall along the US border with Mexico.

"Most Latin American countries maintain friendly relations with the American people. Therefore, the Brazilian government is concerned about the idea of building a wall that will divide the fraternal nations of our continent, who are not in agreement with this step. Brazil has always based (its politics) on the firm belief that the issues between friendly nations (as is the case with the United States and Mexico) should be resolved through dialogue and the establishment of mutual understanding," the Brazilian Ministry of Foreign Affairs stated.

"From the point of view of most observers, it isn't necessary and it doesn't make sense. But we must admit that the US government has the sovereign right to build this wall," Abdenur said.

"But other than that it would be absurd to think that Mexico itself will pay for a measure which so negatively affects its interests. With that, they have gone too far."

"Trump is unpredictable. We know that he has a big problem with taking criticism. But this is a balanced note from the Brazilian government which shows the concern not only of Brazil but all of Latin America about how Trump is behaving with Mexico. He is showing a high degree of propensity to conflict, which can also affect other countries."

"Trump demonstrates a defensive and often aggressive reaction to any criticism of him, so we have to wait and see how he reacts to this note," Holzhacker said.

At Least 10 Inmates Killed in Prison Riot in Brazil

Mexico Sending Over $40 Million to Help Its Immigrants in US