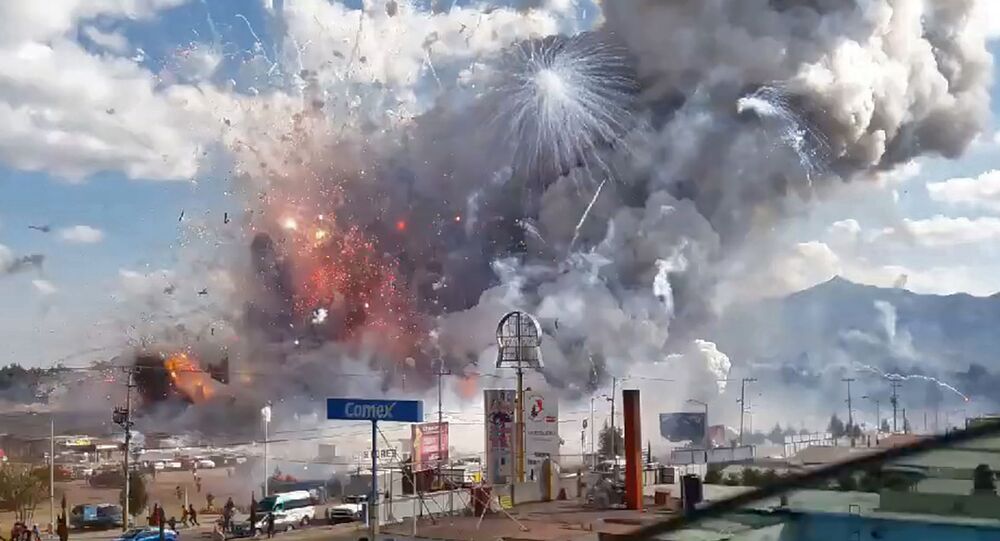 The death toll from the fireworks market explosion in the Mexican city of Tultepec has gone up to 42, Mexican media report.

MEXICO CITY (Sputnik) – On Wednesday morning, a woman who had suffered burns in the explosion and who was being treated at a hospital in the country of Naucalpan de Juarez in the State of Mexico died, the Excelsior daily said citing social security authorities.

The blast occurred at the market near Mexico City in December, injuring dozens of people. There were about 2,000 people at the market at the time of the explosion.

Tultepec is known as the center of fireworks production in Mexico. San Pablito is a major fireworks market with some 300 stores.

At Least Two Dead in China in Explosion at Fireworks Factory