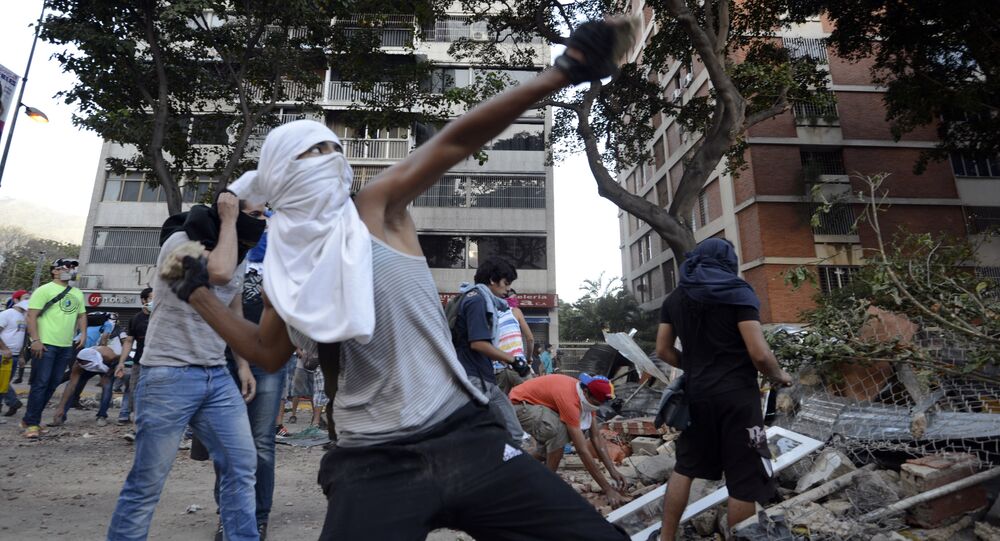 The Russian Foreign Ministry said the developments in Venezuela were similar to a "color revolution" scenario.

MOSCOW (Sputnik) – The actions of anti-government forces in Venezuela are a scenario of a "color revolution", the Russian Foreign Ministry said Friday.

"Such ‘color’ scenario is unfortunately not new. It is easy to calculate its course and consequences, remembering the events which took place in recent years in other countries. Their experience is usually lamentable. Violent actions have never resolved problems, but led to even greater breakups in the society, intolerance, resistance, sometimes forceful, and sometimes destabilization of the situation in the neighboring region," the ministry said in a statement.

The statement added that "radical resolutions" aimed at destabilization of fragile peace in the country had not been supported and there were calls for a dialogue between the country's government and opposition to resolve the crisis.

"Instigators should understand that they will not receive support, because it contradicts decisions in favor of constitutional legitimacy and order, which has been adopted by all the states of the Western hemisphere. [It contradicts] the aspiration of the Venezuelans as well as of all Latin Americans to search solutions… not in the power struggle… but at the negotiating table on behalf of peace and stability in their countries and in the region, as a whole," the statement added.

© REUTERS / Miraflores Palace
Maduro Ready to Continue Dialogue With Opposition-Dominated Parliament
Since the election of Venezuela's National Assembly in January 2016, which has resulted in the victory of opposition, the relations between the legislative body and President Nicolas Maduro have been strained.

In October 2016, the parliament voted for initiating impeachment proceedings against the president. However, the Venezuelan government dismissed the motion and in November the parliament suspended the proceedings.

On January 9, the parliament declared that Maduro abandoned his post as result of dereliction of duty, but the Supreme Court of Justice stated that the National Assembly does not have the constitutional powers to declare abandonment. Maduro classified the parliament’s actions as a coup attempt.

Venezuelan President Wants Relations With US to Be Based on Respect