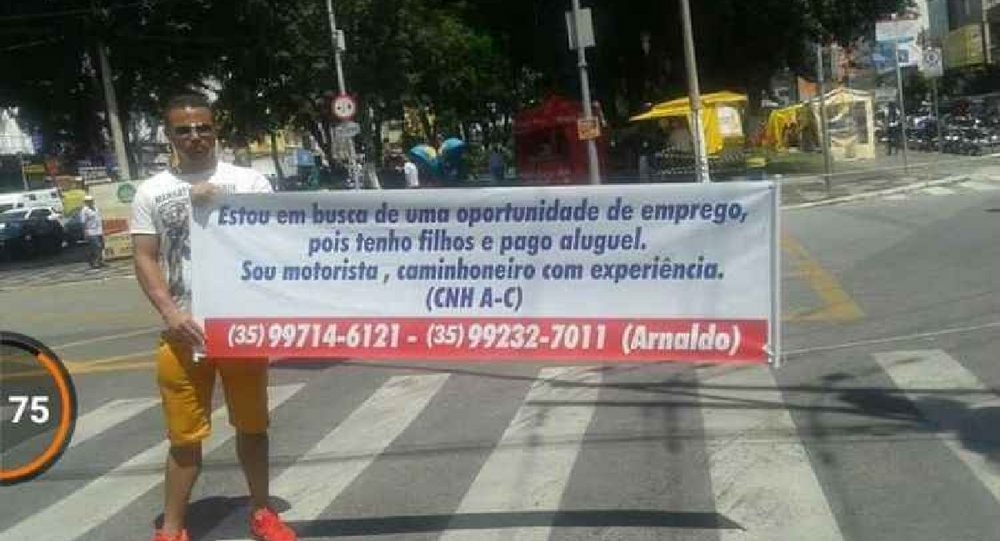 On the Road Again: Brazilian Trucker Finds New Job Thanks to Sign

Unemployed Brazilian long-haul truck driver Arnaldo Jose Torres managed to take the wheel again after he spent days standing with a hand-made sign announcing his plight for work near traffic lights, according to Sputnik Brazil.

© AFP 2020 / ANDRESSA ANHOLETE
'Woman of the Year' Dilma Rousseff 'Responsible for Brazil's Economic Crisis'
After he lost his job last year due to the economic crisis, 32-year-old Arnaldo Jose Torres along with his wife and four children, left his hometown of Recife in Brazil for the city of Pouso Alegre in the state of Minas Gerais, Sputnik Brazil reported.

A former long-haul truck driver, Torres sent scores of resumes but no one responded. Then, in desperation, he decided to stand with a sign by the side of the road announcing his search for work, and ultimately succeeded.

"Long-haul truck drivers have a dangerous profession, but I love to be on the road. I see my returning to work as my gift for Christmas and New Year. I will be carrying strawberries, grapes and figs. My children are happy. I talk with them every day and they always ask me to take them with me," he said.

Brazil's economy has been facing growing problems, with a shrinking GDP, a rising budget deficit and increasing unemployment.Brazil's year-on-year GDP growth rate fell to minus 5.4 percent in the first quarter of 2016 after hitting minus 5.9 percent in late 2015, its worst figure in decades.

Moscow Hopes Brazil Crisis to Be Solved Without Outside Meddling