It appears that the economic crisis in Brazil has taken its toll not only on its people and infrastructure, but also on iconic landmarks like the statue of Christ the Redeemer in Rio de Janeiro. 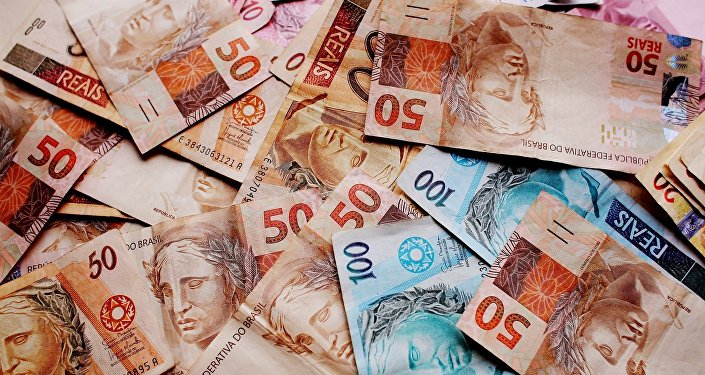 © Photo : Pixabay
Greenback Tide: Rio Residents End Up Swimming in Money
As the economic situation in the country continues to remain fraught, the people in charge of maintaining the monument of Christ the Redeemer – probably the most famous landmark in Rio and even in the whole of Brazil – have suddenly found themselves lacking funds for continuing their work.

Omar Raposo, rector of the Christ the Redeemer reserve – a group responsible for statue’s maintenance – told Sputnik Brazil that the city's population has always been their chief sponsor.

"The Christ’s statue was originally built and designed with the people in mind – that is, all of the funds raised by the Catholic Church for its construction were provided by the faithful… We have no sponsors. Even tourism revenues don’t go towards the maintenance. Today we’re being supported by the private sector and the resources of the Church which supports the infrastructure, workers and the technologies which help maintain the monument of Christ the Redeemer," he said.

According to Father Raposo, the statue’s maintenance costs approximately 3 million Brazilian reals annually (about $888,000), as the statue is made of soapstone and is very susceptible to rains and bad weather and requires constant attention.

He also added that the statue is often visited by prominent religious and political leaders so the statue needs to be properly maintained and taken care of in order to ensure that such events run smoothly.

"Christ the Redeemer helps advertise our country. It is a symbol of our nation. It needs to be maintained in good condition, so there’s nothing shameful in us asking for help because we don’t make any profit, we only have private sector investments. We ask the populace to remember the history of the monument’s construction, how it was built by the people’s resources, because now we need the townspeople once again," Father Raposo said.

Brazil to Launch Nanosatellite to the Moon