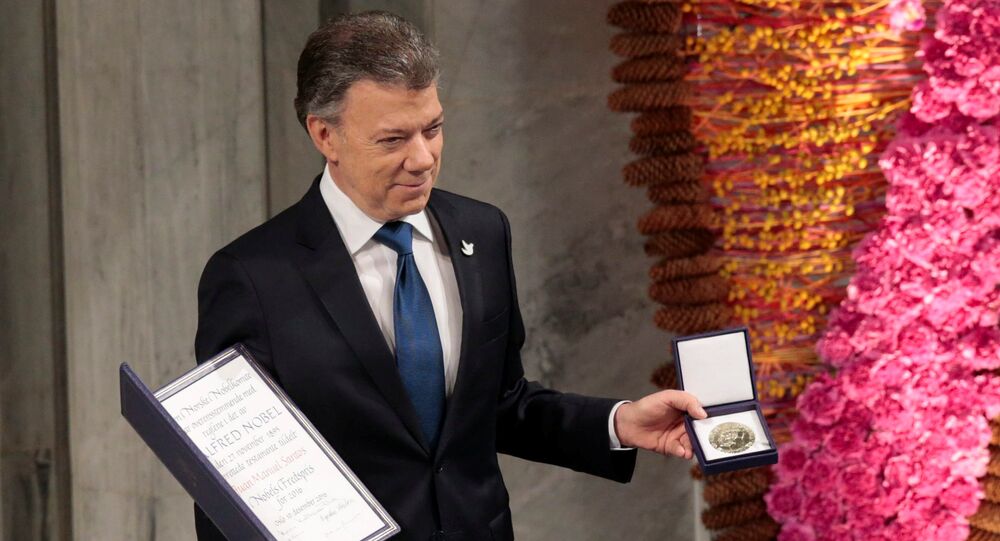 Colombian President Juan Manuel Santos stated that a Nobel Peace Prize given to him for ending a half-a-century-long war with Farc rebels can be interpreted to Columbians "as a mandate from the international community to persevere, to continue striving to achieve a new peace agreement."

"It came like a gift from heaven because it gave us a tremendous push. People in Colombia interpreted it as a mandate from the international community to persevere, to continue striving to achieve a new peace agreement," Santos said at a press conference.

© REUTERS / John Vizcaino
Colombian Parliament Approves Peace Deal With FARC
Santos was awarded the prize for negotiating a peace deal with the guerrilla movement that was signed in November. Colombians rejected its first edition by a slim margin at a referendum in October, a few days before their president was announced the Nobel Prize winner.

Commenting on Santos’s acceptance ceremony, German Foreign Minister Frank-Walter Steinmeier urged Colombian authorities not to lose time and to prove to the war-weary nation that the peace with Farc existed not only on paper.