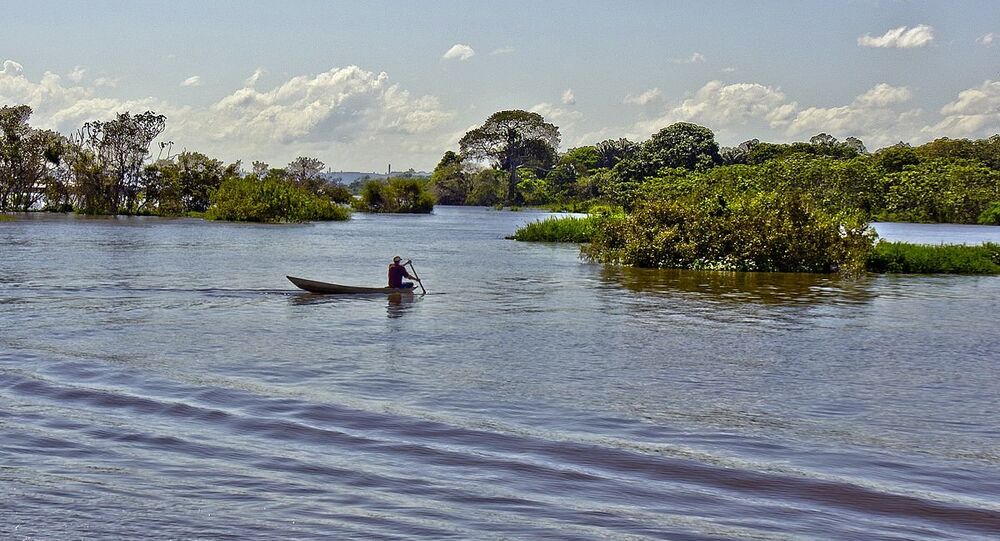 Between August 2015 and July 2016, the world witnessed the deforestation of 7,989 square kilometers of the Amazon rainforest , Sputnik Brazil reported referring to the findings by Brazil's National Institute for Space Research.

© AFP 2020 / Mark RALSTON
Beijing Shuts Down Over 1,000 Factories for Polluting Environment Over 5 Years
The Brazilian National Institute for Space Research has released data showing that 7,989 square kilometers of the Amazon rainforest was destroyed between August 2015 and July 2016, according to Sputnik Brazil.

The area of deforestation mentioned by the findings is tantamount to the aggregate area of five major cities the size of Sao Paulo, which has population of more than eleven million people.

In an interview with Sputnik Brazil, Fabiano Lopez Silva, head of the Brazilian non-governmental organization Amazonian Victory Foundation, said that at least two major factors had an impact on the Amazon rainforest's deforestation.

"First of all, the last few years have seen a change in how the deforestation takes place in the southern and north-western regions of the Amazon rainforest, where larger plots of land were subjected to deforestation in the past," he said.

Currently, deforestation occurs in separate areas in the Amazon rainforest's south and northwest, a process that can already be seen with the help of satellites.

The second factor is related to an economic crisis that affected the Brazilian states and the entire federation. As a result, less funds are being directed towards agencies responsible for the environmental monitoring of the Amazon rainforest.

"We are monitoring the situation in the basin of the Rio Negro, [the largest left tributary of the Amazon]. In the city of Manaus, we registered an ever-increasing level of forest burning, and in southern areas deforestation was caused by the production of soybeans and livestock pastures," Lopez Silva said.

He added that deforestation also takes place due to the expansion of the cities which need raw materials for construction purposes.

Meanwhile the very air we breath is in jeopardy. #Deforestation in Amazon skyrockets and reaches nearly 8000 km2https://t.co/RCOTlEV2Eh

He described deforestation as a "consistent chain of events rather than isolated phenomena, with one type of activity funded by the previous one."