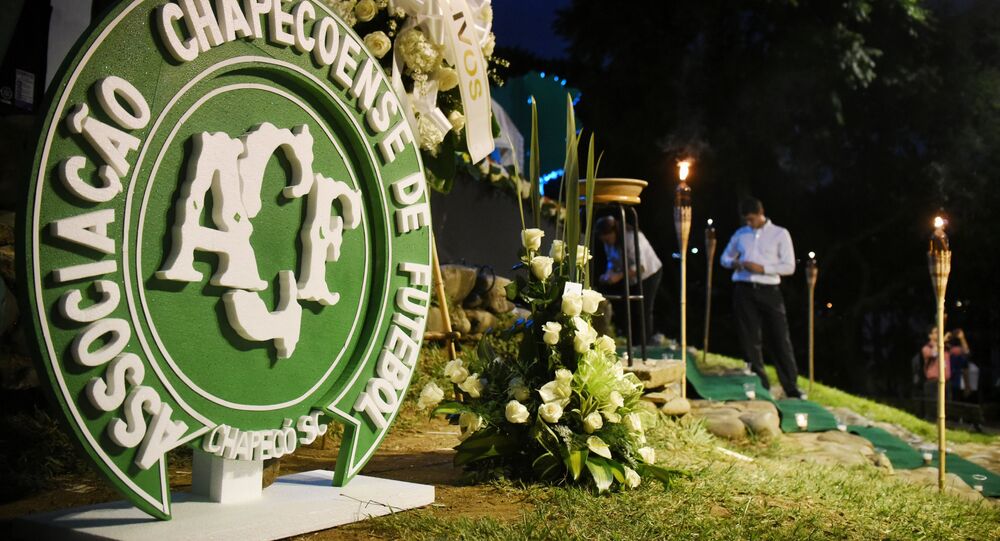 Brazil is mourning the deaths of 71 passengers, including the Chapecoense football team as well as the crew and team of journalists who crashed over Colombia on Tuesday. Miraculously there were six survivors. Sputnik sat down with Roberto Canessa, a well-known survivor of a 1972 crash, to learn what it is like to survive such a tragedy.

© REUTERS / Paulo Whitaker/File Photo
Tragic Plane Crash in Colombia Takes Chapecoense Players’ Lives, Its History & Future
Only six of the 77 people on board the plane survived the Tuesday crash, which came as the Chapecoense football team headed to Medellin for the biggest match in their history.

Roberto Jorge Canessa spoke to Sputnik Mundo, our Spanish website, how it feels to survive such a tragedy.

He is one of the 16 survivors from the Uruguayan Air Force Flight 571, which crashed in the Andes mountains on 13 October 1972. The survival of the passengers later became known as "The Miracle in the Andes."

"Over and over I recall what had happened to us, how our lives had changed in an instant. We had found ourselves on our own, left to sink or swim," he told Sputnik.

"All of us had our own lives and plans and then suddenly your ultimate aim is simply to survive," Canessa, at the time of the crash a 19-year-old medical student and rugby player recalled.

© AFP 2020 / Nelson Almeida
People surround a church during a mass in memoriam of the players of Brazilian team Chapecoense Real killed in a plane crash in the Colombian mountains, in Chapeco, in the southern Brazilian state of Santa Catarina, on November 29, 2016

Those who survived the crash were trapped in the snowy mountains, without food and water in temperatures of minus 30 degrees Centigrade.
After 72 days of famine, pain and freezing conditions, 16 of them were able to get back home.

© AFP 2020 / NELSON ALMEIDA
Chapecoense Striker Found Out Wife Was Pregnant With Couple's First Child Just Days Before Tragedy
Canessa explained that trying to survive such a tragedy is like "dreaming the worst of nightmares." Within a second he found himself among wounded people screaming from pain. He described it as a situation "beyond any control" when everyone has the same very question: "why?"

"You find yourself beyond the limits of your habitual life. And suddenly understand that compared to what you are experiencing right now, all other problems fade away," he explained.

He described the moment when the plane crashed onto the ground as "incredibly powerful." He also recalled what he had to face after the tragedy.

"The survivors then faced an enormous question: why me and not another passenger?" he said.

"You have to turn to God and become more grateful. You have to take time to ponder why you had been given the chance to live on – probably God has a certain mission for you which you failed to accomplish?" he explained.

At the end of his interview Roberto Canessa appealed to the families of those who lost their loved ones in the tragedy.

"Life is a lot more fragile than is usually thought. Unfortunately, such tragedies do take place. One should understand that any day might become the last one in our life. And thus hold dear every second."