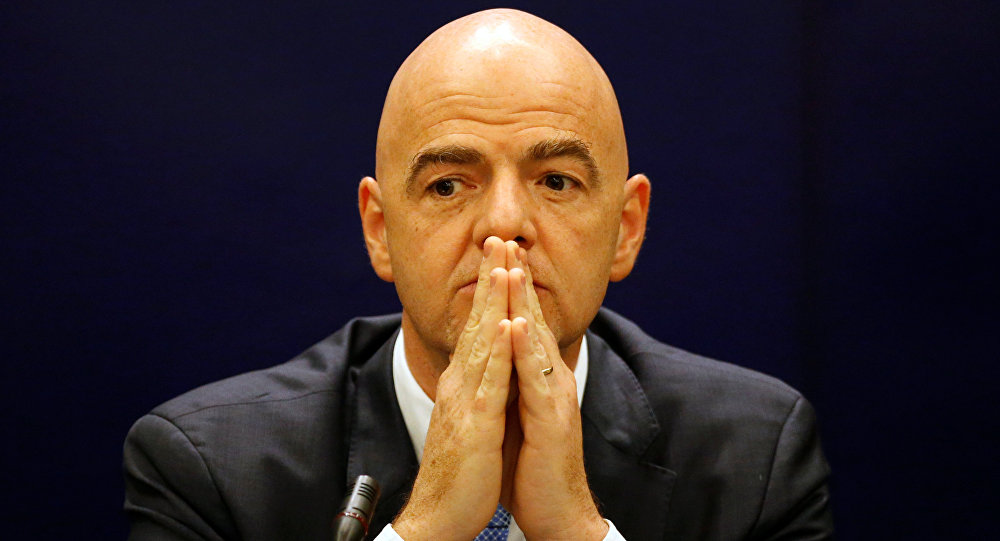 The FIFA president called the plane crash in Colombia a "sad day for football."

"This is a very, very sad day for football," Infantino said in a statement.

Authorities says there were six survivors, three of them Chapecoense players, out of the 72 passengers and nine crew members in the crash in the Colombian region of Antioquia.

"At this difficult time our thoughts are with the victims, their families and friends. FIFA would like to extend its most heartfelt condolences to the fans of Chapecoense, the football community and media organizations concerned in Brazil," Infantino said.

FIFA President Infantino: "At this difficult time our thoughts are with the victims, their families & friends" More:https://t.co/vozyJK9WKa

​An aircraft carrying 72 passengers including the members of the Brazilian Chapecoense Real football team and nine crew members crashed on Tuesday after disappearing in the Colombian airspace, the Jose Maria Cordova International Airport in Rionegro said in a statement.

Up to 27 Possible Fatalities in Colombia Plane Crash Carrying 81