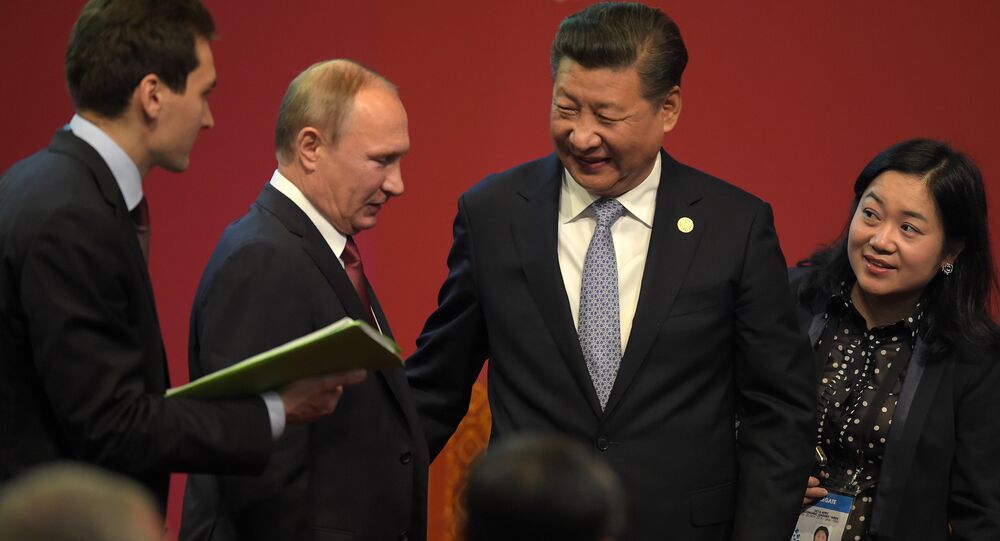 Russian President and China’s leader spoke about the inclusion of EEU to China’s Silk Road Economic Belt, at a meeting in Lima, Putin’s spokesman said.

"The leaders spoke in favor of boosting cooperation with the APEC," Dmitry Peskov told reporters on the margins of the Asia-Pacific economic summit in Peru. "The leaders spoke in detail about the schedules of their future high-level contacts, discussed how to couple the EAEU and Silk Road projects."

The EAEU is a Russia-led regional economic union that aims to tear down trade barriers between its members, namely Russia, Kyrgyzstan, Armenia, Belarus, and Kazakhstan.

China has been spearheading its own economic area, which was proposed by President Xi in 2013. It will facilitate the direct flow of goods from the Pacific Ocean to the Baltic Sea. The project is intended to connect China with Europe and strengthen economic ties between Asia, Europe and the Gulf states.