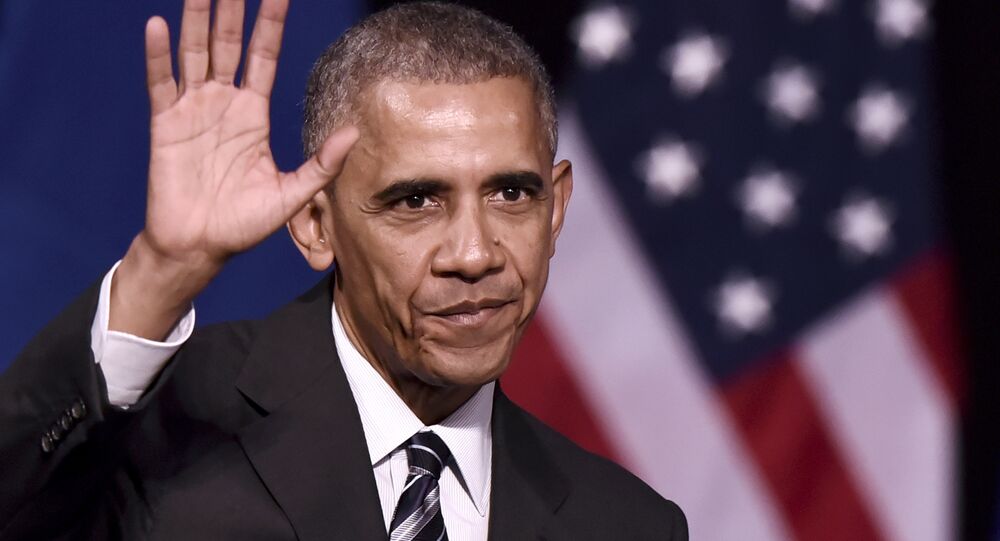 US President Barack Obama has arrived in Lima, the capital of Peru, for the Asia-Pacific Economic Cooperation (APEC) Economic Leaders' Meeting that is taking place on November 19-20, a Sputnik correspondent reported.

Obama arrived in Lima on Friday. On Saturday, he is likely to discuss with his partners from the Asia-Pacific region, among other issues, the future of the Trans-Pacific Partnership (TPP), which was supposed to become Obama's legacy-making project. The trade deal is at risk after Donald Trump's surprising victory in the US presidential elections. Trump vowed to scrap the TPP several times during his campaign calling it a "terrible deal."

Earlier this month, Barack Obama's administration suspended efforts to win congressional approval for TPP before Trump takes office, saying the pact's fate was up to Trump and Republican lawmakers.

Obama is expected to hold several bilateral meetings in Lima. Russian President Vladimir Putin and Barack Obama are likely to talk informally on the sidelines of the APEC summit sometime this weekend, Kremlin spokesman Dmitry Peskov said on Friday.