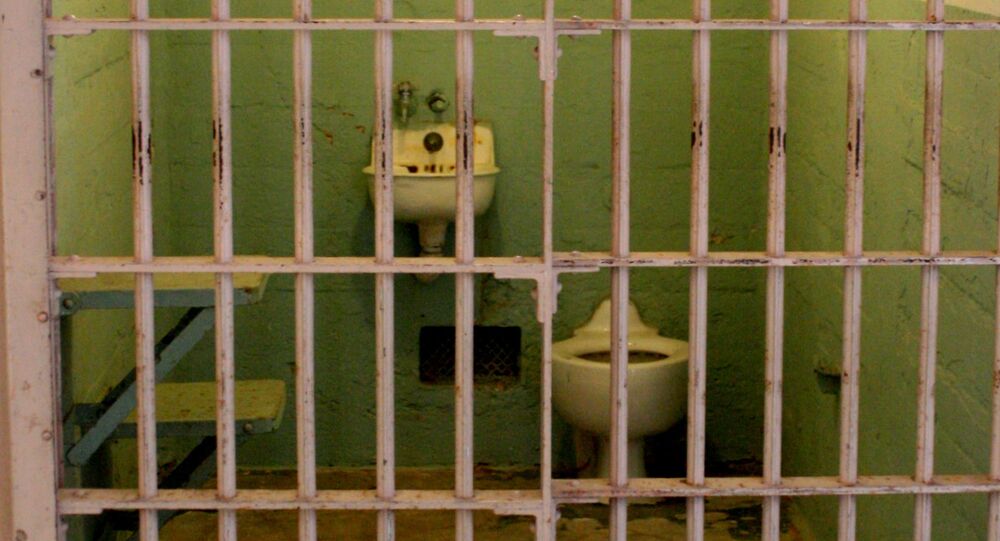 A prison in Argentina had to temporarily discharge its inmates due to a lack of working toilets.

© Sputnik / Vin Sharma
Profit and Pain: London Prison Trade Fair Sparks Angry Protests
Comodoro Rivadavia prison, located in southern Argentina, was temporarily shut down due to an apparent sewage system malfunction as the facility was left with approximately one functioning toilet per 10 inmates.

The prisoners appealed to the authorities, claiming that the lack of lavatories puts their health at risk.

After receiving a petition drafted by the inmates’ lawyers, the prison administration decided to allow the prisoners to stay at their homes for the next week, until November 21, while the malfunctioning toilets and shower rooms are being repaired.

Clarin newspaper points out that some of the prisoners who received this temporary ‘get-out-of-jail-free’ card were convicted on charges of "robbery, murder and private property violation."

It should be noted that this is far from the first infrastructure failures that allowed Comodoro Rivadavia inmates were allowed to spend time at home instead of languishing in their cells. In April 2016 the prisoners were temporarily released due to a gas leak; and about two months later, in June, the prison’s electric system went down.