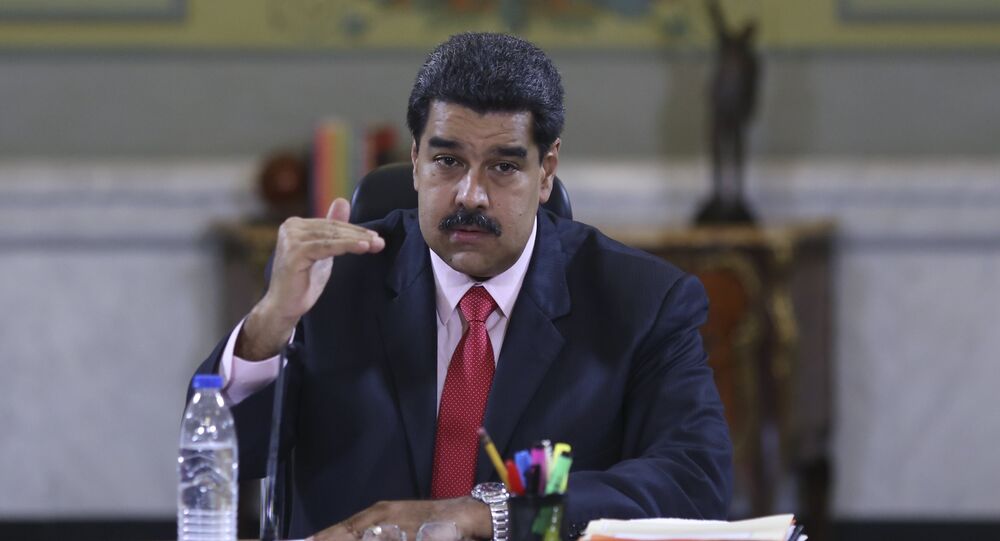 Venezuelan President Nicolas Maduro has accused the opposition in his country of causing the defeat of Democratic candidate Hillary Clinton in the US presidential elections.

"Look at how they nailed Hillary Clinton. The Venezuelan right supported her and jinxed her," he said, as quoted by El Nacional.

© REUTERS / Carlos Barria
Petition to Make Clinton US President Gets Hundreds of Thousands of Signatures
Earlier this week, Maduro called the US presidential election system medieval.

On Wednesday, Maduro called on US State Secretary John Kerry to establish a positive agenda of bilateral relations to give impetus to their development during the presidency of the next US leader, Donald Trump.

Trump won the US presidential elections held on November 8 despite most of the analysts and opinion polls predicting his defeat to Clinton. Trump secured more than 270 electoral votes needed for victory.