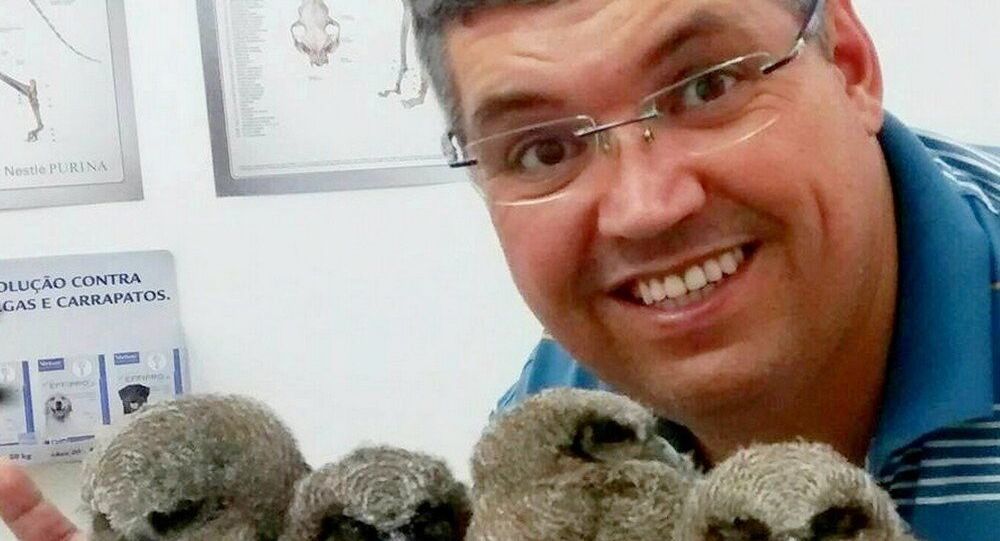 Brazilian vet Jefferson Leite from the suburbs of São Paulo treats and saves wild animals which are found on the outskirts of the city helpless and distressed because of the urban environment “offensive” on mother-nature.

In an interview to Sputnik Brazil veterinarian Jefferson Leite told how he found himself in this noble work.

"I started to do it immediately after graduation in 1994. Since my specialty was wildlife, I started to treat animals brought by rescuers and firemen, who had nowhere else to take them," explained Leite, who is a graduate from the Federal University of Alfenas.

"There is no special center for wild animals in our city. So, when people find wild animals in trouble, they bring them to our clinic, where we provide them first aid," the doctor said.

"Wild animals, unlike domestic, need special care for each species. They often suffer from stress and also can be carriers of diseases dangerous to people. So, it is very important to know exactly what to do to avoid any risk neither to animal nor to human," the Brazil vet said.

YouTube/Brother Dunne
Closer to Nature: Man Becomes a Bird Whisperer
Moreover, the animals can’t be released to the wild straight after their treatment.

"It is necessary to take into account many factors. Normally, animals are released after a long study involving many professionals, who ensure that the animal has a chance to survive in the wild. Releasing it without special checkups is likely to hurt the animal and representatives of other species."