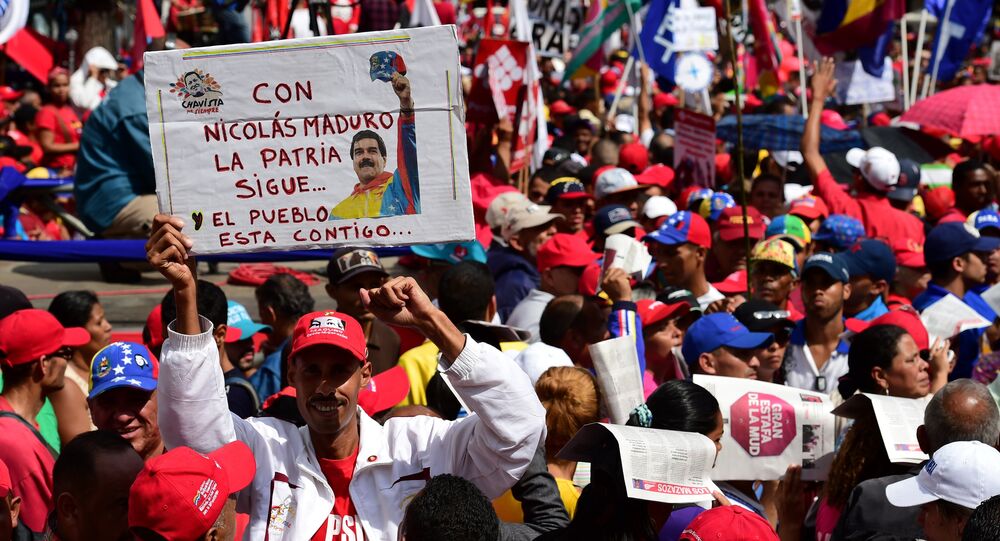 Rival Factions to Rally Across Venezuela as Impeachment Crisis Escalates

Supporters and opponents of Venezuela’s embattled President Nicolas Maduro vowed to take to the streets after the parliament’s impeachment vote split the country.

The president’s supporters promised to rally crowds of pro-government demonstrations in the capital city of Caracas and in each of the 23 states, according to the El Universal newspaper.

President Maduro accused the National Assembly of a coup and called a Defense Council meeting later today to assess the situation.

The opposition-led legislature voted on Tuesday to initiate impeachment proceedings against Maduro, claiming he had violated democracy. The Venezuelan foreign minister said the bid was unconstitutional.

Venezuelan opposition has been seeking a referendum to remove Maduro from office. The process to collect signatures for a petition on his recall was halted last week on accusations that the signature gathering was rigged.