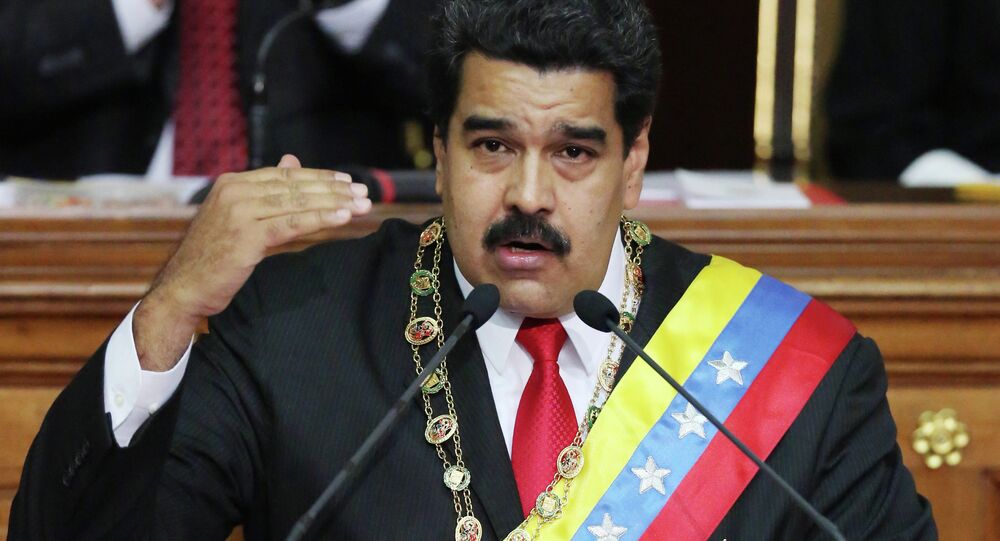 The United Socialist Party of Venezuela has been mobilizing to fend off a possible attempt by the right wing to unseat President Nicolas Maduro, as a referendum calling for his removal was halted due to allegations of right-wing corruption.

Radio Sputnik’s Loud & Clear spoke with Dr. Francisco Dominguez, senior lecturer at Middlesex University, about the referendum and what it could mean for Venezuela’s future.

​Dominguez pointed out that what right-wing forces in Venezuela are attempting to do is similar to how former Brazilian President Dilma Rousseff was removed from office two months ago.

"The important point here is that the right wing opposition is now saying they are preparing to not recognize the authority of the President, on the basis of very phony arguments…This is seen by the pro-government forces as a coup d’etat, in the style of what happened in Brazil," he said.

Loud & Clear host Brian Becker offered, "It’s not the old-school style where the military seizes authority, creates martial law and creates a prohibition of any opposition. What you’re suggesting is a slow-motion coup through legislative or different semi-legislative methods or judicial methods."

Dominguez concurred, pointing out inconsistencies with the impeachment referendum. He said that about 30 percent of the signatures had irregularities, including some 10,000 that were found to be signatures of deceased voters. Dominguez also noted that a similar tactic was used in 2004 to unsuccessfully topple the deceased President Hugo Chavez.

Dominguez suggested that infighting and poor timing will make removing Maduro more of a task for the Venezuelan right than expected.

"If the recall referendum were to take place, they will have to get more than 7.5 million votes, more than Maduro garnered to get elected," he detailed.

"It will be even more difficult, given the time and given the checking that will have to be done manually, of hundreds of thousands of signatures, and so on. This means the referendum will not take place this year, it will take place next year, which means that if Maduro is recalled, he will have to leave the presidency, and the Vice President will take over, and he will complete Maduro’s mandate all the way to 2018."

"They’re totally frustrated," Dominguez offered, "because of internal divisions they started too late, and now they are desperately trying to create the impression that there is a crisis that [would warrant] international intervention by claiming that the democratic process has been broken."

Dominguez says that the country is in difficulty but that things are improving.

"The economic situation has improved quite substantially even though Venezuela is not yet out of the doldrums." he said, "The levels of production have massively increased. The various initiatives in production like industrialization, investment for the cultural sector, investment in mining, investment in infrastructure is continuing."