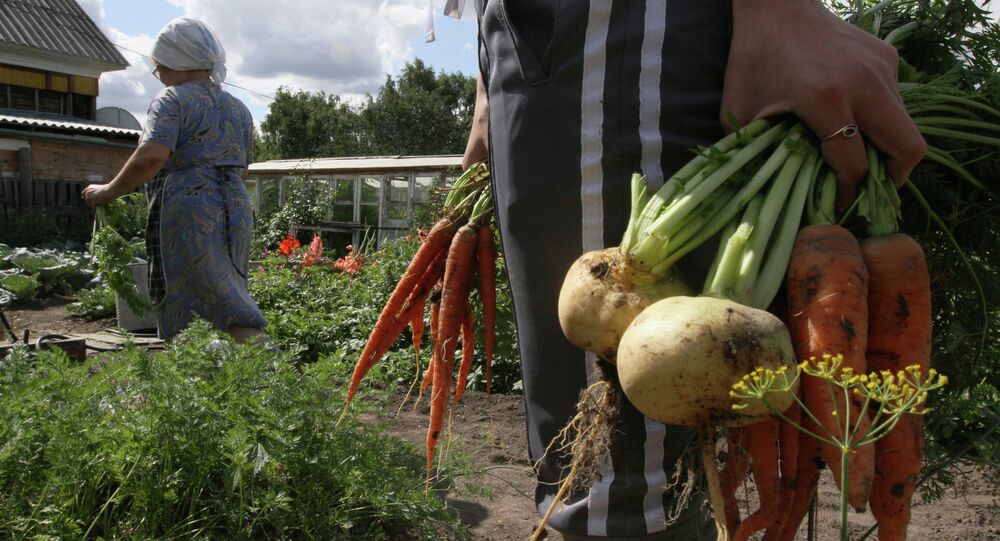 Uruguayans are in a constant search for ways to improve their diet and avoid getting the pesticides often used in the agricultural industry in their meals.

The “Organic Vegetable Garden Program” appeared as a part of an initiative of the administration of Florida. Currently, more than 800 families there keep their own vegetable gardens. The concept is gaining popularity among residents of the country’s capital, Montevideo, as well.

“Over the last centuries, the development of civilization has provoked the emergence of a huge variety of different things that benefit neither humanity nor the environment. Today, [we’re beginning] to realize the extent of the damage inflicted by human activity. Uruguayans have begun to feel [a sense of] responsibility for environment,” Martin Fossemale, one of the founders of the Garden House Company that has been installing home greenhouses since 2014, told Sputnik.

“In 2014, we were the only company in this field. Today, there are five companies [in Montevideo] that are engaged in the same activity as we are. Last year, we set up 114 gardens. The demand for greenhouses in increasing every day,” Fossemale told Sputnik.

He then added that 80 percent of his clients are women who want their families to lead a healthy lifestyle.

“In a supermarket, you never know where the fruits and vegetables are grown, and what kinds of pesticides were used,” Fossemale told Sputnik.

In 2015, the World Health Organization included glyphosate, one of the world’s most common herbicides, to its list of possible carcinogens.

“The number of countries that forbid the use of pesticides constantly increases. This is the key reason why people stop buying products from the agricultural industry,” the Uruguayan entrepreneur told sputnik.

“The idea of planting, growing food and then eating it is basically in human DNA,” Fossemale summed up. “Having a greenhouse at home helps citizens to return back to origins.”