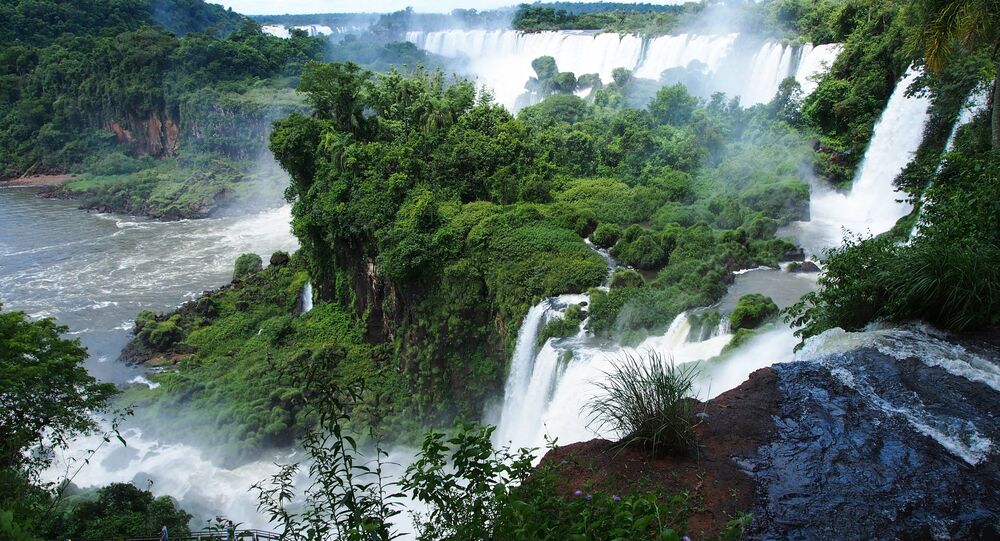 Who Is to Blame for Deaths of Animals in Latin America?

For 40 years, the population of vertebrates (mammals, birds, fish, reptiles and amphibians) has decreased by 52%, reported the Argentine Wildlife Foundation.

“First, one needs to recognize the natural dynamic of a species’ disappearance. 20 mass extinctions were recorded throughout history, among which 5 were of the most significance. Perhaps, the most famous one was the disappearance of dinosaurs,” Enrique Gonzales, member of the Uruguay Wildlife Foundation, told Sputnik Mundo.

“Today, it is ‘the global crisis of diversity,' or the sixth extinction. This process generated the acceleration of the natural rate extinction of species and is linked to direct or indirect human activities,” said Gonzales.

Islands are the most vulnerable areas to mankind's activity, according to Gonzales. In these places, people have introduced alien fauna, such as rats, who travelled by ship with sailors. These rodents climb trees and eat birds’ eggs as well as being disease carriers.

“Rats provoked the local extinction of species. Additionally, island residents brought cats, dogs, monkeys and others to the area. A continent can support such diverse extra fauna, while an island cannot. This led to the extinction of many local species,” explained the activist.

Other species disappear due to climate change, according to Gonzales. Global warming and acidification of oceans negatively impacts plankton reproduction, staple diet of blue whales. As for green turtles, the hot climate contributes to an increase in female species, which leads to the formation of an uneven population.

According to the activist, human actions may directly threaten the area’s fauna.

“In some areas of South America, for example, in Uruguay and Argentina, poachers have almost exterminated jaguars. However, in Pantanal (territory covering Brazil, Bolivia and Paraguay) or in Amazon jungles jaguars are still present. So the species' presence or extinction hugely depends on where one lives,” Gonzales told Sputnik Mundo.

One more crucial factor that leads to species extinction is the destruction of animal habitat.

“Mostly, it is expansion of land for monoculture. For example, in Uruguay, locals planted exotic trees such as eucalyptus,” said the activist.

Argentine Wildlife Foundation is a civil association founded in 1977. The foundation’s mission is to implement solutions for saving flora and fauna as well as promote sustainable use of natural resources and protect natural territories.

About 1,200 Species on Verge of Extinction in UK Over Climate Change, Farming