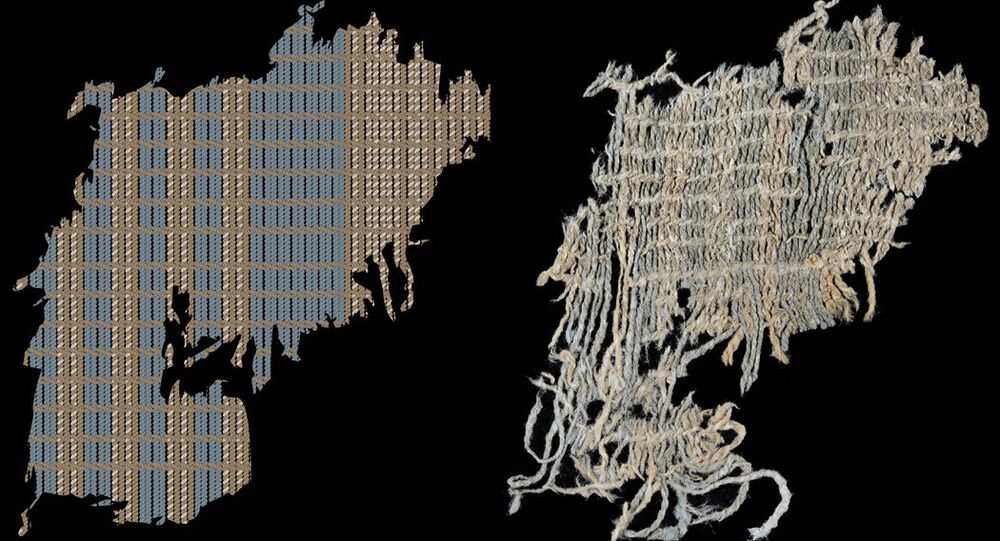 One of the most long-living trends in the world – the blue jeans – might be even older than we thought. Archaeologists have found an ancient fragment of cotton fabric featuring traces of the indigo blue pigment widely used to dye jeans.

© Photo : Justin Kerr
'No Doubt' Ancient Maya Book is Genuine, Grolier Codex Researcher Tells Sputnik
The artefact was detected at Huaca Prieta, a hill located along the northern coast of Peru. According to the scientists who made the discovery, the textile's color could not be distinguished because of grey dirt.

However, after a thorough cleansing, they noticed that it was colored  blue. The results of chemical analysis showed that the dye consisted of indigotine and indirubin, the key components of indigo.

According to experts, the age of the fabric is at least six thousand years. Prior to that, a piece of cloth found in Egypt, dating back four thousand years, was considered the oldest artifact containing indigo.

Indigo was one of the most common dyes in the ancient world and is used to this day. It is used in the manufacture of inks and watercolors, as well as for dyeing cotton fibers in the production of denim fabric.