The leader of a German religious sect "The Oasis of Light" (Licht-Oase), Arno Wollensak, was brutally killed on the coast of Uruguay. His murder has again shed light on the activities of religious sects convicted of sexual assaults and violence.

The investigation didn't rule out that the murder of the German "spiritual leader" was an act of revenge on the part of one of his followers.

Wollensak's body was found on the coast of Uruguay, with his hands in handcuffs, legs tied, his mouth taped and a bag over his head.

"At the top of the hierarchical structure of a sect stands one person — economic or sexual flayer, usually, the sect's founder. He makes all decisions," Álvaro Farías Díaz, the director of Uruguay's Research and Consulting Service on Sects said in an interview with Sputnik.

According to the expert, sects use psychological manipulation and brainwashing to attract and recruit followers. 86% of people who have undergone those pseudo-therapies feel broken, while 50% suffer from depression. Many of the sects are also associated with sexual violence.

"Such groups erase all boundaries. This leads to abuse, enslavement, widespread manipulation, perverse sex practices, sexual abuse of children by leaders of sects, as a rule, perverted people," the expert said. 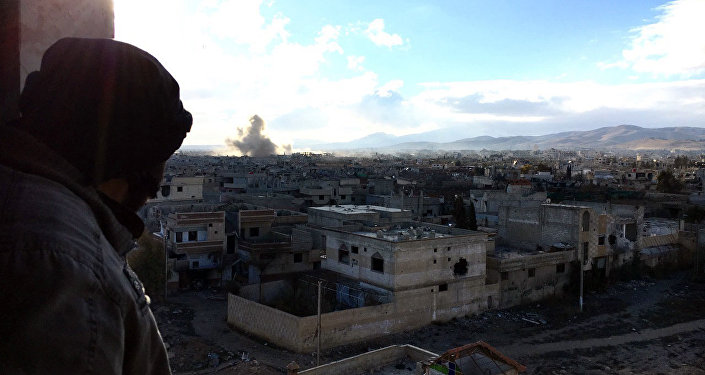 © Sputnik / Mikhail Alayeddin
Sectarian Bloodbath: Washington Has Opened Pandora's Box in Syria
In case of Wollensack, one of the victims was Lea Saskia Laasner who was sexually abused by the man since she turned 13. The girl was turned into a "sectarian sex slave" and was a constant subject to rape until she managed to escape.

According to reports, the police investigation forced Wollensack to move with his wife to Uruguay in 2007, using forged Surinamese documents. His wife has been reported missing since the body of her husband was found by the police.