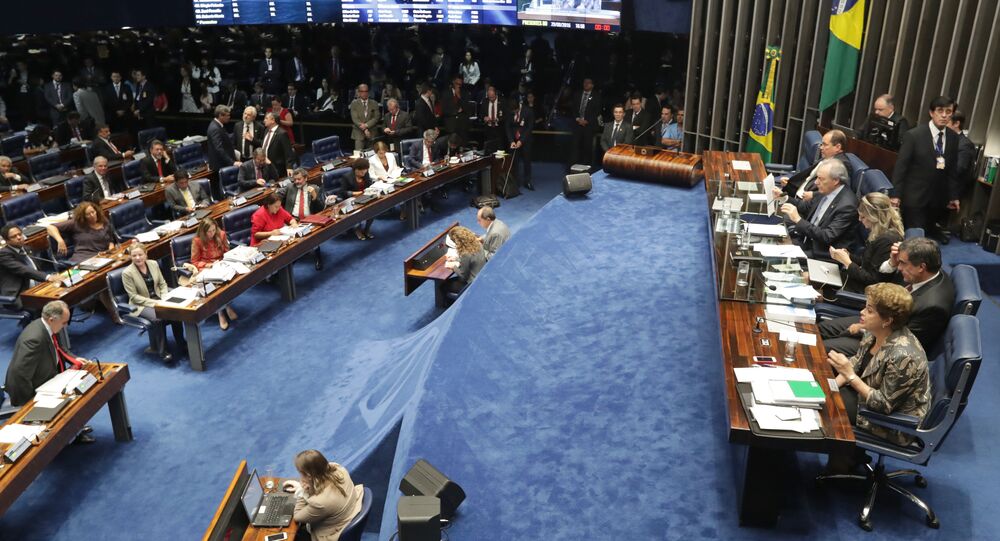 Brazilian Senate Begins Session to Vote on Removal of Rousseff

A session of the Brazilian Senate devoted to the impeachment of suspended President Dilma Rousseff began.

According to the procedure, two senators representing the side of defense and prosecution will make respective statements. Then President of the Supreme Federal Court Ricardo Lewandowski will read out the summary of the charges, followed by the voting itself.

© REUTERS / Ueslei Marcelino
Majority of Brazil's Senators Favor Rousseff’s Impeachment in Trial Debate
Following pleas made by several senators, the voting will be separated into two issues: the impeachment itself and the prohibition to hold office in the future.

The impeachment trial lasted 16 hours on Tuesday only to be adjourned until Wednesday. Only two out of the 63 senators who made statements at the trial did not express their position on Rousseff’s impeachment, while 43 people supported the move and 18 opposed it.

For Rousseff’s impeachment to take place, 54 of the 81 senators have to vote in support of the idea, otherwise the impeachment will be terminated and she will resume the presidency.