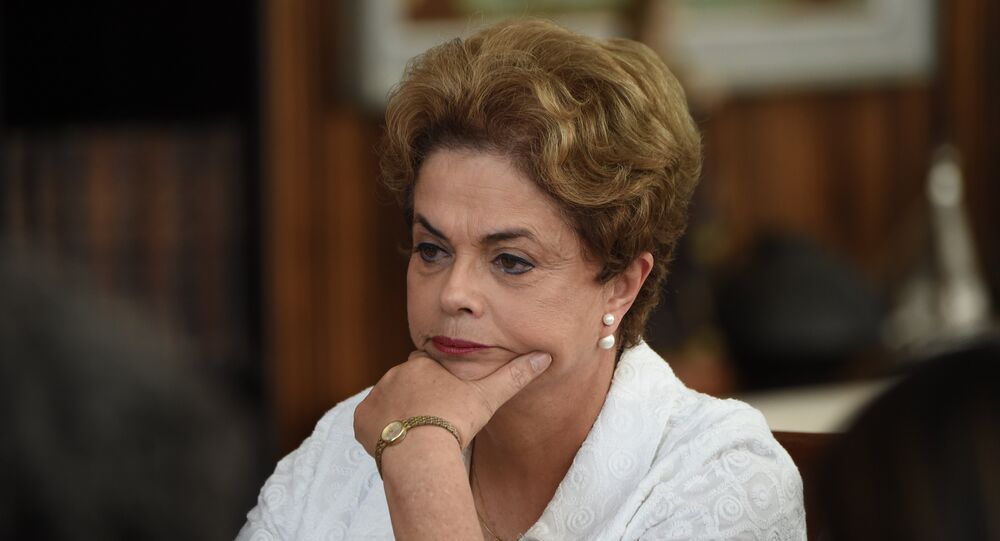 In an address to the Senate at her impeachment trial, Dilma Rousseff denied committing crimes concerning the state budget she stands accused of.

“I came to look in the eyes of Your Excellencies and say I did not commit a crime of responsibility,” Rousseff said on Twitter.

During her impeachment trial which started earlier in the day, she also said that the accusations against her were unfair and that she had nothing to hide.

The upper house of the Brazilian parliament opened an impeachment trial of Rousseff on Thursday. If two-thirds of the senators, 54 people, vote for the impeachment, Rousseff will be removed from office, otherwise the impeachment will be terminated and she will resume her presidency.

In May, the upper house of the Brazilian parliament voted 55-22 to start impeachment proceedings against Rousseff after she was accused of concealing the country’s budget deficit ahead of the 2014 election. Rousseff has been suspended from office for 180 days. Vice President Michel Temer has being fulfilling the functions of the presidency during that period.

Powder Keg: Brazil Will 'Explode' if Dilma Rousseff is Kicked Out of Office